Columbus Signature Academy — New Tech High School will welcome educators from around the world who are interested in seeing how project-based learning is used in the classroom.

Representatives from the Department of Defense Education Activity plan to visit CSA-New Tech today and Thursday as part of a study tour, principal Mike Reed said.

The focus of the tour will be highlighting how CSA-New Tech, which serves as a magnet school for Columbus East and North high schools, uses project-based learning in its curriculum.

In project-based learning, students develop a project with a community partner and then define what they need to know to solve a particular problem, Reed said. Teachers shift to a facilitator role in helping students throughout the process, he said.

Reed said participants of the two-day study tour will include high school principals from Germany, Korea and Japan, in addition to directors from its DoDEA headquarters in Alexandria, Virginia, a suburb of Washington, D.C.

“I want them to see a school that is built on trust, respect and responsibility,” Reed said.

The tour will include classroom observations, a panel discussion with students and an opportunity to talk with teachers, Reed said.

Frank O’Gara, spokesman for DoDEA, said the visit will allow the agency to gather more research about project-based learning. Its research effort started in 2010 at the elementary level, but DoDEA is now looking to expand into the secondary level, O’Gara said.

Learn more about the U.S. Department of Defense Education Activity online at dodea.edu

Project-based learning is part of the Bartholomew Consolidated School Corp.’s Universal Design for Learning, which provides guidelines for teachers to create curricula that stimulates all different kinds of learning styles. Learn more online at bcsc.k12.in.us 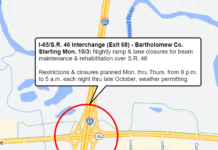 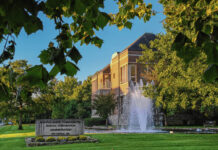