A facility near Hope dedicated to the rehabilitation and release of wildlife is breaking attendance records.

More than 10,000 people stopped in last year at Utopia Wildlife Rehabilitators near Hope to learn more about animals native to Indiana.

Records are being broken again this year at the center, located about a mile west of Anderson Falls Park, with twice as many people are showing up for many events over 2017, said Kathy Hershey, a former Indianapolis Zoo hospital technician who co-founded the organization in 2002.

In an age when people spend most of their time indoors while connected to their world only through digital means, they lose track of the fact that they are part of nature, said Audrey Snider, a Utopia volunteer who has worked with wildlife groups on the East Coast and Costa Rica since graduating from high school four years ago.

“It makes you this feel apathetic and disconnected with conservation,” Snider said. “But when kids come here, they get reconnected.”

“I’ve never seen a red tail fox or coyote in person before,” said Heidi Brewer, a 16-year-old visitor and volunteer from Greenwood. “I love it.”

Utopia has helped a record 485 sick or injured animals so far this year. That includes 45 native species of birds, as well as owls, foxes, raccoons, skunks and turtles, Hershey said.

In a half year’s time, that’s more animals that were assisted during the entire 12 months of 2017.

That increase is largely the result of urban sprawl reducing the amount of land available for wildlife habitats, she said.

Mackenzie West, 14, of Franklin said she was surprised by what she discovered at Utopia during a recent visit.

“I thought it would be just a big building with a bunch of animals in cages,” West said. “But they are outside and have more freedom and space. There should be more places like this.”

Most Hoosiers are not even aware of the native wildlife in their own backyards, such as screech owls and Cooper’s hawks, Utopia intern Emily Verwers said.

“People not only need to know what is around them every day,” said Verwers, an animal sciences major at Purdue University.

Although most animals are released back into the wild, those no longer capable of defending themselves must either remain at the refuge indefinitely — or be euthanized if there’s no hope for improvement, Verwers said.

Other organizations exist with similar missions such as the Indiana Raptor Center in Brown County or the Hardy Lake State Park wildlife rehabilitation facility near Scottsburg, but both work primarily with birds.

Another organization, Wild Care Inc. in Bloomington, handles a variety of wildlife, but it is currently facing budgetary problems that limits its ability to assist, Hershey said.

As a result, Utopia is receiving requests for assistance from animal control authorities in 37 Indiana counties, she said.

“A lot of times, we’re the only people who handle a certain kind of animal,” Hershey said.

Utopia has started to shy away from accepting deer and raccoons because they are especially expensive to care for, she said.

Expense-wise, Utopia must be cost-efficient as it is funded entirely through donations, grants and speaking honorariums. All the staff is volunteer, including veterinarian Melissa Newcomb, who co-founded Utopia with Hershey.

Occasional volunteers also contribute, such as a group from the Church of Jesus Christ of Latter-day Saints that helped last week with yard work and animal care during their visit. Both Brewer and West were part of that group.

Although Utopia has had about 15 volunteers this summer, the student volunteers and interns will be moving on to fall classes and paying jobs soon, Hershey said.

There will be some help from students in the veterinary assistance program at Bartholomew Consolidated School Corp., she said.

Most cages, shacks and other outdoor structures housing animals at Utopia were constructed by students either as a school or a scouting project, Hershey said.

In addition to those structures, construction has been ongoing over the past two years for a new building that houses offices, classroom space and an animal medical treatment facility.

In 2014, Utopia received a $3,000 grant from the Tony Stewart Foundation that was originally intended to be used for a $200,000 expansion. Although the project was eventually dropped due to insufficient funds, the foundation allowed its contribution to be used for the new building.

Because the organization avoids debt spending, construction progress has been slow. However, Utopia just received an $11,000 grant from the Carl and Mildred Reeves Foundation that will allow the building to be finished.

An opening date will be announced after electrical inspections are done and a septic system is installed, Hershey said.

While Utopia certainly fills a societal need, attracts a growing number of visitors and offers valuable educational opportunities, grants such as those from the Reeves Foundation are getting increasing difficult to obtain, Hershey said.

Since Utopia frequently works and consults with publicly funded animal control groups and has permits from the Indiana Department of Natural Resources, some people have the mistaken impression that the organization receives public funding, Hershey said.

But in reality, Utopia receives no financial help from city, county, state or federal levels of government, she said.

Philanthropic organizations that have traditionally worked to protect animals and preserve nature, such as the Nina Mason Pulliam Charitable Trust in Indianapolis, are placing more of their resources toward helping people in need, Hershey said.

What remains available to assist animal groups is often earmarked for protecting endangered species, she said.

Utopia has also discovered its grant requests often get turned down by outside philanthropic groups because they can’t pinpoint a specific human population being served, Hershey said.

When she explains her organization serves all segments of the population, that usually does not fit the criteria followed by most grant makers, Hershey said.

Such funding challenges are forcing Hershey and her organization to be thinking about the future. One idea that could be considered in the future would be turning over ownership to a college, which could continue to operate it as an educational nature center, Hershey said.

However, no specific plans are being considered, she said.

On the first Saturday of every month through October, the center hosts a open house for residents of all ages. The next one is scheduled for Aug. 4.

The First Saturday program, which begins at 1 p.m. and lasts about two hours, has attracted as many as 200 people, weather permitting.

It begins with a live animal program at the amphitheater, followed by a tour. Wildlife experts are on hand to discuss each type of animal.

Although there is no admission cost, free-will contributions are encouraged.

The next outside event attended by representatives of Utopia will be the Columbus Scottish Festival on Sept. 8-9 at the Bartholomew County Fairgrounds.

Utopia Wildlife Rehabilitators is a wildlife health facility dedicated to the veterinary care, rehabilitation and release of native Indiana wildlife.

The following is the number of injured or sick animals assisted by the nonprofit organization at 18300 E. County Road 200N, about a mile west of Anderson Falls Park. 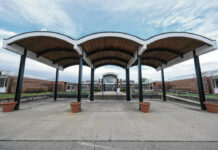 ’21st Century learning’: Parkside offers a ‘hardhat tour’ of renovation work, and a glimpse of the future 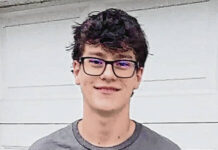