A bill that would provide state funding for teachers or school staff to receive certified handgun training, as a way to enhance school safety, has initial legislative support. But both local public school districts said they wouldn’t pursue such training to arm its teachers or staff members.

Local education leaders said they consider other safety measures better alternatives, and a local teacher’s union and a mothers group that advocates gun sense expressed opposition to the proposed legislation.

It passed out of the House Education Committee by an 8-2 vote along party lines this past Monday. The bill was amended upon second reading Thursday to provide confidentiality for those who receive the handgun training. It’s scheduled for a third and final reading on the House floor on Monday.

What prompted the bill

Lucas said that school shooting incidents in Noblesville and Richmond last year, and incidents in Parkland, Florida, and Newtown, Connecticut, prompted him to introduce the bill. The idea is for volunteers from schools to be trained so they can use a firearm to provide protection for students, teachers and others, he said.

“It’s time to do something,” Lucas said.

Breakdowns in the response by school officials and law enforcement to the active shooter situation at Marjory Stoneman Douglas High School in Parkland on Feb. 14, 2018, which resulted in the deaths of 14 students and three staff members, and injuries to 17 others, demonstrates the need, he said.

“You become more and more infuriated when you see breakdowns at every level,” Lucas said.

The bill would allow the cost of the training to be paid from the state’s Safe Schools Fund. The cost is about $1,500 to $2,000 per school employee, Lucas said.

HB 1253 would require at least 39 1/2 hours of specialized firearms training for a teacher, staff member or school employee at a public, private or charter school who has previously been approved by the school board or the school’s governing body.

The legislator said he contacted the Indiana Law Enforcement Academy and asked them to develop a program that would train teachers for active shooter situations, and be based on the instruction it provides to police recruits.

“I wanted it constructed for a novice shooter in an active shooter situation in a school,” Lucas said.

Some aspects of the required training listed in the bill include:

Drills such as shooting in high-stress or highly populated environments

Before teachers or other school members could apply for the training, they would be required to complete a psychological test to assess personality traits, according to the bill.

Lucas said the bill does not create a new state law, but adds to current state law that already allows school districts to determine handgun policies. Three school districts in the state, including Jay County Schools, already have approved policies that allow selected volunteers to have access to guns in schools. HB 1253 creates a standard training and a way to pay for it, Lucas said.

A Jay County Schools’ principal told the House Education Committee that it approved its policy in part because of concerns about police response time to its spread-out rural schools, according to the The Associated Press.

Lucas, who also has proposed other gun-related bills this session, said the training also could be a cost-effective way for schools to enhance safety. While some schools have school resource officers — Bartholomew Consolidated School Corp. has three and Flat Rock-Hawcreek School Corp. one — Lucas said the average cost for supporting such a school-based police officer is about $70,000. For that cost, schools could train about 45 employees, Lucas said.

“That could be one (heck) of a deterrent,” Lucas said, in reference to a possible attack.

“I think it’s prudent to have a (way) for teachers who want to defend themselves and the classroom, if needed, to have comprehensive gun safety training,” Lauer said.

Lauer said it’s a “smart bill” because of the psychological component, the state funding, the comprehensive training, participation is voluntary and local decision-making is maintained.

“It should be up to the schools and school body if it enhances the overall rubric of school safety for the overall protection of students,” Lauer said.

Lauer said he would trust teachers who have completed the firearms training to handle their firearms safely.

However, the Columbus Educators Association, the union for BCSC teachers, opposes HB 1253.

“While CEA understands the bill includes specific training to teachers regarding the use of a firearm, we do not feel the bill will increase school security. Therefore, we feel the bill should be removed from the agenda,” CEA co-presidents Dana Schmidt and Amy London said in a statement.

They said the CEA believes Indiana should invest in school counselors, psychologists, and social workers to strengthen school safety.

Ann Herron, a Columbus resident who taught English at Franklin High School for 23 years, and is on the local MOMs branch leadership team, testified to that effect Monday at a House Education Committee hearing before the committee vote.

“I just don’t see the path to school safety with teachers training on the gun range and attending school armed. I could say that more people being armed makes trained security’s job of narrowing who the shooter is harder, that incidence of friendly fire rises as more people re-armed, that actual trained security people hit a moving object only 18 percent of the time,” Herron said during her testimony, citing a figure from a New York Police Department study for the last point.

During her testimony, Herron said that requiring background checks on all gun sales, continuing red flag laws and passing legislation that requires guns to be locked up and out of the hands of children are better solutions.

Herron said a concern about introducing more firearms into schools is creating friendly-fire situations where law enforcement may not be able to distinguish trained, armed school personnel from the actual shooter.

She also said that Lucas’ point about training dozens of school personnel in how to use firearms for the cost of a school resource officer begs the question: Why not invest the money in a full-time officer who can focus on safety while allowing teachers to focus on education?

“If we want to have added safety then we’ll bring in protection,” he said.

BCSC began using two school resource officers — both from Columbus Police Department — in 2014, one at Columbus North High School and the other at Columbus East High School. Additional funding was secured to add three more school resource officers by later this year. One, from the sheriff’s department, started this school semester and is stationed at Southside Elementary School. Two more from CPD should be in place by about July 1 — one at Northside Middle School and the other at Southside Middle School, Roberts said.

In addition to more school resource officers, BCSC has added other safety features within the last year:

Social and emotional health resources at all schools

“From BCSC’s standpoint, we’ve been consistent all along in our conversations about providing safety for our staff and students that we are not looking to add guns to staff members in the building, that it’s not part of our overall strategy of creating a safe and productive learning environment in our schools,” Roberts said.

“So, we would not be looking to take advantage of any funding mechanism that is made available to provide firearms for teachers and/or training for those firearms,” he added.

Roberts said that while he understands other school districts may view the bill as beneficial for their needs, he said he’s concerned about funding being segmented for firearms training that schools could potentially use for other needs.

Price said he doesn’t support or oppose the bill, and added that he knows some school districts would take advantage of it.

“Some will benefit, but I think that would be up to local elected officials if they felt the need,” he said.

“As the Indiana Legislature considers proposed legislation to assist with improving school safety, our preference is that funding for such purpose would be concentrated on increasing the presence of law enforcement in our schools, while allowing teachers to focus on their important and challenging job as educators,” Rohde said.

Sheriff Matt Myers said he is not opposed to state funding to pay for training teachers who would be armed in schools, but said formal training would be vital and that school districts and the community should determine whether or not employees should be armed.

The sheriff said he is supportive of the school safety plans of both Bartholomew Consolidated and Flat Rock-Hawcreek, and thinks school resource officers, metal detectors and an active dialogue with students, teachers and staff are important.

“I also support (House Bill) 1225, which provides an instant warning system in the case of an active event,” Myers said.

The bill allows schools with assistance from their local sheriffs to apply for a grant to set up an active event warning system that would provide immediate notification to law enforcement that a school faced a threat. The bill passed the House 95-0 on Feb. 5 and now is in the Senate for consideration.

“I know that our school corporations have good safety plans in place. It also remains important for to remain flexible and make necessary changes as needed,” Myers said.

House Bill 1253 is scheduled for a third and final reading on the House floor on Monday. If it passes, it will move to the Senate for consideration.

What: Proposed legislation that would provide state funding for specialized firearms training for teachers, school staff and school employees, as a way to provide added security in schools.

The Indiana General Assembly is considering other bills that address school safety. Here are some:

To read more about these and other bills, go online at iga.in.gov/ 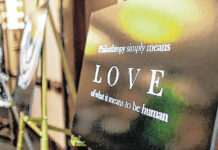