Two upcoming workshops for local first responders will help them deal with the stress of coping with danger, chaos and tragedy which are part of their professions.

Rates of post-traumatic stress disorder (PTSD) and depression among police and firefighters have been found to be as much as five times higher than the civilian population, said Columbus Deputy Fire Chief Mike Kutsko.

Workshops on Monday and Tuesday at Columbus City Hall are designed to help the first responders, and also their families, Kutsko said.

Until recently, most first-responders would never admit they have a problem. Good mental health is a prerequisite to working in  police or fire operations, so there is fear of losing promotions – or worse – if someone admits feeling depressed or traumatized, Kutsko said.

"There is a big stigma with mental health," Kutsko said. "There’s a fear that others will look on you as if you are weak."

However, untreated mental illness can lead to poor physical health and impaired decision-making that could put multiple people at risk, according to an article published in December in Law Enforcement Today.

The loss of 22-year Columbus Fire Department veteran Timothy B. Perry to death by suicide in April 2017 led to an increasing awareness about the stress on first responders and the need for a check-in with those who serve the community.

Perry’s death took nearly everyone by surprise, according to Nancy Hankins, the mother of Timothy Perry’s 20-year-old son, Triston Perry.

"Tim was the good Samaritan who always stopped along the road to help people," Hankins said.

To most people, Tim Perry seemed to be in good spirits and good shape — right up until his (death by) suicide, she said.

Mental health problems have become so widespread that Indiana developed a suicide prevention course for public safety professionals last year, and are requiring most first responders to take the training this year, Kutsko said.

Even with that, it’s still going to be extremely difficult for affected police and firefighters to admit they have a problem, Kutsko said. "We have to get rid of the stigma," he said.

The workshops are being offered free to police, firefighters, emergency medical technicians and dispatchers at the Cal Brand meeting room at Columbus City Hall. Both workshops will be conducted by Jeff Dill, founder and CEO of the Firefighter Behavioral Health Alliance. A former Illinois fire captain, Dill has a master’s degree and is a licensed counselor.

Tuesday’s session will be "Saving Those Who Save Others – Family Edition." It’s a course designed to assist both first responders and their partners to understand the life they live – and why their spouse or partner acts the way they do, Kutsko said.

"While we have programs devoted to the suicidal individual, we don’t do training for that individual’s family members," Kutsko said. "I want to make this a total package that is as far reaching and inclusive as possible.

That package could include creating a formal peer support program that offers a range of benefits, Hankins and Kutsko said.

Peer support includes meeting and learning from others with similar experiences, providing support available over the phone at all times, and being provided tools to minimize negative impacts on a first responder’s career.

After creating the Timothy B. Perry Memorial Fund with her son, Kutsko says Hankins was instrumental in seeking enough donations to sponsor the two workshops for first responders.

Kusko and Hankins says they want to establish a regular source of income earmarked for mental health training for first responders, so that these types of workshops can be provided on a regular basis.

"For the past six months, Triston and I have been talking about memorializing Tim," Hankins said.  "We think Tim would approve of what we are doing."

Over time, frequent exposure to stress can take a toll on first responders’ mental and physical health.

In some cases, post-traumatic stress disorder (PTSD) results, with symptoms such as:

Financial donations to provide help to first responders suffering from mental health issues are being accepted.

Checks should be written to the City of Columbus, with "Timothy B. Perry Memorial Fund" written on the memo line.

Checks can be mailed to or dropped off at the clerk-treasurer’s office at Columbus City Hall, 123 Washington St. or the administrative offices of the Columbus Fire Department, 1101 Jackson St., Columbus. 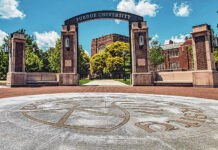 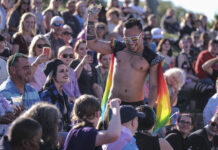 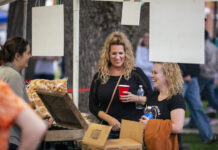