I gave a talk to the Indiana Superintendent’s Summit, and thought the issues I discussed might be of interest to Hoosiers as we think about our state’s economy.

I began by sharing what the state’s Constitution says about education: “Knowledge and learning, general diffused throughout a community, being essential to the preservation of a free government; it should be the duty of the General Assembly to encourage, by all suitable means, moral, intellectual scientific, and agricultural improvement … a general and uniform system of Common Schools.”

This is exactly what an economist would say schooling does for an economy. Note that there is nary a word about filling ‘in demand jobs’ or satisfying the whims of important employers. That is because the authors of the Indiana Constitution knew state government did not have the competence to do such things, as current workforce policies are keen to demonstrate.

I told the audience that labor markets are in the midst of a half century of marked change. Jobs have been significantly polarized into high-wage, highly educated jobs and low-wage, poorly educated jobs. There is also a growing geographic concentration of such jobs, with better-educated workers concentrating in urban places.

Indiana is at elevated risk of this trend affecting us. We lead the nation in occupations that are at risk of automation. While we cannot know with certainty where this trend is headed, there are clear lessons from the past 50 years. Maybe the most important of these was that future job skills are likely to demand more fundamental learning, or what the Indiana Constitution calls “general diffused.” This learning takes place almost exclusively in classrooms focusing on basic and advanced literacy and mathematics. These skills allow us to learn the more complex tasks of work.

It seems likely that the most critical skills of the future will be those that allow students to adapt, learn new tasks and become productive in a highly automated environment. I then shifted to Indiana’s experience, which is more worrisome than it should be.

Following the Great Recession, employment growth in Indiana has been very different from the nation as a whole. More than eight in 10 new jobs nationally have gone to college graduates, but here in Indiana it is only about one in six new jobs. This, I noted is a complex problem, but one root cause is simply a failure to have an adequate supply of college graduates. Jobs move to people far more than people move to jobs.

I told the audience that the best evidence suggests the school reforms of 2008-2010 have been successful. We can tell this from the National Assessment of Educational Progress exams that are administered nationwide. These aren’t perfect, but they do indicate Indiana has pulled above the national average in both reading and math. This is a monumental victory for Indiana and for public education in Indiana.

It also appears that higher education is doing well. For every 100 students Indiana sends to an out-of-state school, we bring 260 students from out-of-state into our colleges and universities. Indiana has three schools in the national top 100 public research universities, which are student magnets. We have strong higher education, but not enough Hoosier kids are going to college.

The drop-off in college attendance in Indiana seems to accompany broad efforts to downplay the importance of both K-12 and college education. It is difficult to understand the motives for this, especially after the Daniels Administration was so aspirational in its efforts to promote educational attainment.

It is a simple fact that inflation-adjusted spending on both higher education and K-12 has dropped since 2010. As I’ve written before, the educational attainment profile of Indiana’s labor force has now slipped beneath Kentucky’s. This is worse for the state’s economy than if our tax climate had slipped beneath that of Illinois. In terms of improving human capital, this economic recovery has been wasted.

There are other worrisome trends as well. Our statewide community college system holds Indiana in last place in two-year college graduation rates and much of our workforce training dollars are spent on occupations with declining wages. Thus, we are paying to train men and women in the occupations of the past, not the future. This type of error would not surprise those who penned Indiana’s Constitution. I also warned that loosening graduation requirements and increasing vocational focus down to elementary schools would reduce the share of Hoosier kids who go to college in the coming years.

Finally, I told the assembled school superintendents that a successful Indiana would have to send many more children to college, perhaps 10,000 per year. I asked them to have frank conversations with their school boards, teachers and families about this challenge. I also told them that this was a non-partisan issue, and the focus on more education was not about teachers or professors, but the very future of Indiana’s economy. 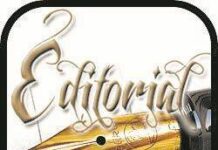 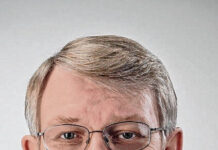