As of mid-afternoon Tuesday, the private social media group had 4,471 members on Facebook. Imel said he created the Facebook page a week ago.

Indiana’s Red Flag law was inspired by and named after Indianapolis Metropolitan Police Department officer Timothy “Jake” Laird, killed in 2004 in the line of duty. The law in general allows law enforcement to seize guns from people who are deemed to be a danger to themselves or others. The laws also typically include language guaranteeing due process for gun owners to retrieve their weapons through the courts.

If passed, the Bartholomew County Indiana 2A United Sanctuary group claims the proposed ordinance would allow local officials to “refuse to cooperate with state and federal firearm laws” perceived to violate the Second Amendment to the U.S. Constitution, including any future proposed restrictions on clip capacity, silencers, bump stocks, bayonet mounts, among other items, according to the proposed ordinance.

“What this (proposed) ordinance would do is it would allow the county (Bartholomew) to decide that they’re not going to follow those rules or prosecute for those things,” Imel said.

The proposal, however, would exclude fully-automatic firearms, would not grant rights to individuals convicted of a felony who are barred from possessing firearms under federal law or allow individuals to possess firearms in a federal building, among other exceptions, according to the proposal.

Individuals found to have violated the organization’s proposed ordinance would face a fine of up to $2,000, and a “corporation” found in violation would face a maximum fine of $4,000, according to the draft of the ordinance Imel sent to city and county officials.

Bartholomew County Sheriff Matt Myers confirmed that Imel had contacted him about the ordinance, but said that the county commissioners would be the ones who would consider any such measure.

“I support the current gun laws in Indiana,” Myers said. “If by some chance, those laws change in the future while I’m sheriff, then we will readdress our stance because we don’t know what those (changes) might be. I don’t have a crystal ball, but I have no plans about taking people’s guns from them.”

Mary Ferdon, executive director of administration and community development for the city of Columbus, said Lienhoop’s office received an email over the weekend from a group seeking to pass a Second Amendment “sanctuary” ordinance, adding that the Columbus City Council — not the mayor — would decide whether to consider such a proposal.

“He’s not had a lot of time to look at it yet or talk with the city council,” Ferdon said. “…There’s nothing planned for city council in the immediate future.”

Bartholomew County Commissioner Carl Lienhoop that the county commissioners were unaware of any sanctuary proposal sent to them and that if it had been sent, it would be received on Thursday morning when the commissioners meet for a work session at the courthouse.

As of Jan. 7, more than 418 counties, cities and towns in 21 states have passed Second Amendment sanctuary ordinances, including locations in Illinois, Colorado, New Mexico, Washington and Virginia, according to Gun Owners of America, a gun-rights group.

On Friday night, Jennings County officials signed a resolution stating the county is now a Second Amendment sanctuary. There is no indication that the resolution signed in Jennings County was approved by any county or city councils or boards before it was signed by the sheriff and others, including Rep. Jim Lucas, R-Seymour.

Lucas did say at the time that he supported all current Indiana gun regulations, but supported Jennings County Sheriff Kenny Freeman in his stance that any new gun restrictions, federal or state, would not be enforced in Jennings County.

Imel said as a member of Gun Owners of America that he received a text about a proposed sanctuary ordinance from the group’s website.

“I emailed (local officials) just explaining what I was trying to do and that I would like to have a peaceful conversation about this and just start a dialogue on what their thought was,” Imel said. 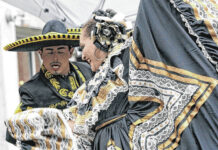 Celebrating together: Fiesta Latina set for the sounds and tastes of the local Latino community 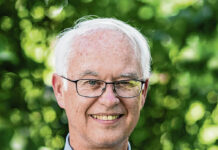 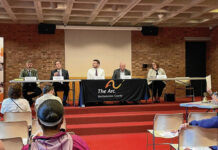