Local veterinarians and state officials have a message for pet owners — you more than likely won’t contract COVID-19 from your animals, or vice-versa.

And, use common sense when it comes to personal hygiene when around your pets.

Recently, a Bronx Zoo tiger in New York City tested positive for the virus, opening new conversation as to how animals and humans can spread the disease.

Officials at the New York zoo said the tiger contracted the virus from a human employee who was infected but had no symptoms. Six other big cats at the zoo had dry coughs and were presumed infected, too.

When disease is transmitted between animals and humans, it’s called zoonosis, which has been happening for thousands of years.

There have been a few isolated reports of pets testing positive for COVID-19, including two dogs in Hong Kong, but experts say there’s little to worry about.

Brooke Case, veterinarian and owner of Athens Animal Clinic in Columbus, said that while there are different types of coronaviruses that can be found in animals, they aren’t the same as COVID-19.

“There are families of viruses just like there are families of bacteria,” Case explained “Although a virus isn’t a living thing, it’s a strand of RNA. There are still certain groups of those RNA family viruses that fall under the heading ‘coronavirus.’ There are coronaviruses in other animals, but that doesn’t mean that’s the same virus.”

Case continued,” Most of the viruses we get, do, somewhere down the line, originate from an animal — much like this one, which (health experts) feel originated from bats. What happens is their RNA, their genetic material, mutated. The mutation isn’t the same virus that came out of the bat, it changed and became a human virus. It becomes very complicated. They may be called the same thing, but they’re not. It’s like how we have roses, and a rose is a rose, but there are many variations of roses.”

The Indiana State Board of Animal Health sent an email out on Wednesday updating veterinarians. The letter, from Denise Derrer, public information director of the board states that while much is unknown about COVID-19, there is no evidence suggesting that pets can spread the virus to humans.

Although no pets have been reported sick with COVID-19 in the United States, the current recommendation is that people sick with COVID-19 limit contact with animals until more information is known about the virus, according to the state letter.

“The working assumption right now is that there is some possibility that pets can be formites,” Case said. “In other words, it could be the same as how you might test positive after you shook someone’s hand and then touched your face.”

The U.S. Centers for Disease Control and Prevention has recommended that sick people limit contact with animals if possible.

“As of right now, the CDC and (World Health Organization) are taking the stance that they don’t feel pets are a source of actual infection, but can carry it on them,” Case said. “The recommendation is that if you are ill, let someone else take care of your pet — even if it’s in your own household. Don’t let that pet in your face and love on you. Have someone else do all the things for it so that they don’t become a source of transmission.”

The board said that COVID-19 testing is only available by special request for pets, and will be approved on a case-by-case basis. Only licensed veterinarians can make the request, and the decision on whether or not to approve testing will be made collaboratively between the state veterinarian and the state public health veterinarian.

Pet owners are more likely to catch the virus from another person at a clinic than an animal, veterinarians said. Case said that vets fall under essential services, and will continue to operate to take care of pets.

Case said her clinic, which is an American Animal Hospital Association practice, has been taking extra precautionary measures since March 19 to help slow the spread of COVID-19. Right now, any person outside of staff members aren’t allowed inside the building, as workers take the animals from owners at their car into the building.

While some have called asking about the possibility of their animals getting sick, Case has reassured that it likely won’t happen.

“We tell them they need to understand that this is a human problem,” she said.”Make sure, if you’re ill, don’t have your pet around you and wash your hands. Washing your hands is something we should do anyway. A lot of it’s common sense, but sometimes we lose our common sense when it comes to our pets because we love them and they love us.” 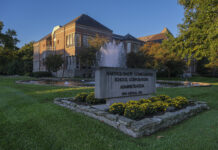