Pence introduced the measure, called the “Clean Energy Hydrogen Innovation Act,” in the House on Thursday, federal records show. Rep. Andre Carson, D-Indiana, is listed as a co-sponsor of the bill.

The measure would, among other things, amend the Energy Policy Act of 2005 relating to the eligibility for loan guarantees through the U.S. Department of Energy for projects relating to hydrogen production, delivery, infrastructure, storage, fuel cells and end uses.

“It is vital that Hoosiers have access to affordable and reliable energy,” Pence said in a statement. “This bill will spur innovation and expand hydrogen research projects for companies and energy producers across Indiana. Our modern approach to energy should be ‘all of the above’ not an ‘everything but’ solution. Hydrogen and fuel cell technologies have the ability to be a reliable and clean energy source that will expand America’s energy capabilities.”

Cummins Inc., which is based in Columbus and employs about 8,000 people locally, praised the bill, which is pending in committee.

“This bill will expand the technologies eligible for DOE’s successful loan program, and we look forward to the advancements and momentum that come from American innovation in decarbonized hydrogen production and fuel cell optimization,” said Amy Adams, vice president of fuel cell and hydrogen technologies at Cummins, in a statement. “This bill has the power to make vital progress quickly in the interest of sustainability and allow companies like Cummins to advance faster on our path to zero emissions.” 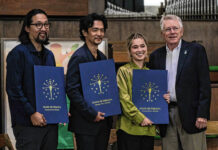 A homecoming: ‘Columbus’ film trio shares the love in emotional return to city 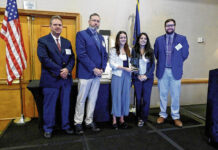 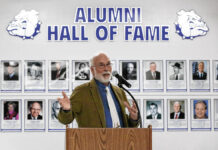