Carl attended Clay County High School in West Virginia, served in the U.S. Army in Germany during World War II and retired from Arvin Industries after 35 years of service.

He was a member of First Baptist Church, Loyal Order of the Moose Lodge No. 398 and Fraternal Order of Police (FOP).

The funeral will be conducted at 10:00 a.m. Saturday, December 19, 2015, at Jewell-Rittman Family Funeral Home with the Rev. Dan Cash officiating. Calling will be from 4 to 7 p.m. Friday at the funeral home and one hour prior to the service Saturday. Entombment will be at Garland Brook Cemetery Mausoleum.

Memorial contributions may be made to First Baptist Church through the funeral home.

He was preceded in death by his parents; his wife, Jacqueline; a granddaughter, Julie Sanders; and a sister, Josephine Childers.

You are invited to view his video tribute after 4 p.m. Friday, light a virtual candle and send a message to the family via the Internet. 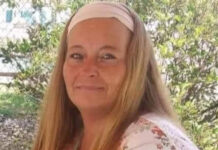