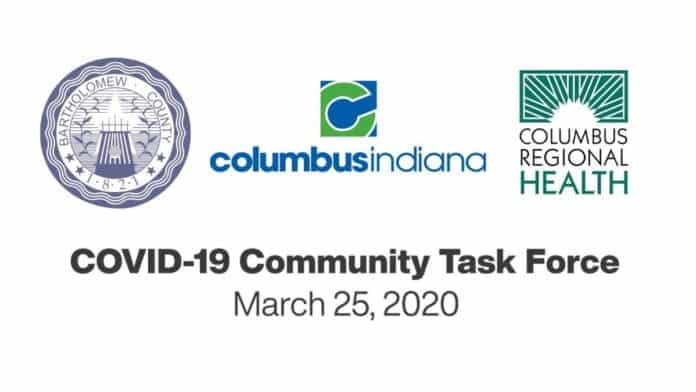 The Sound of North musicians have taken their first steps toward marching down Pennsylvania Avenue in Washington, D.C., for the Jan. 20 presidential inauguration.

With orange cones signifying boundaries, students practiced cadence and marching Tuesday night at the high school. That was a warmup to a run-through of the music they will perform in the inauguration parade, “America the Beautiful” and “Battle Hymn of the Republic.”

Having been out of class for the winter break more than two weeks, the Sound of North musicians — who returned to school Monday with all other Columbus area students — are just now learning the music.

That’s not something Bill Stultz, the high school’s director of bands, is concerned about, however.

“For these kids, it’s really not complex,” he said.

The 149-member band, from the alma mater of Columbus native and Vice President-elect Mike Pence, was invited at Pence’s request to perform during the inaugural parade.

The importance of their assignment was drummed home by Keith Burton, the Sound of North marching band director, just before practice.

“This is a huge deal for our whole city,” Burton told students.

As President-elect Donald Trump and Pence watch the parade pass by, the world will also be paying attention.

Cameras of all kinds will be on them at any given time — including security surveillance, Stultz reminded students.

During their first of four scheduled practices over a week’s time, senior drum major Kathleen Haegele warmed students up for the physical aspect of practice with some cardio and marching cadences.

Marching formations were first up for the band, with musicians splitting into five rows each.

The groups practiced marching cadences between the orange cones placed in the band room, stepping their way across the room and entering and exiting the band equipment storage room.

The process was repeated several times for each group, watched closely by Burton.

At the same time, a group of eight band members were practicing with students who had never marched before.

These band members marched in a straight line with both hands held together in a circle at the direction of Haegele, who clapped and watched their steps along a common hallway. A similar scenario was led by Ciaran Hill, a junior drum major.

Some musicians had fall-sports commitments as athletes and didn’t march during the band’s competitive season, so they were working hard to get into step with their peers.

Other relative marching novices include members of the pit who play percussion instruments standing in front of the band during the competition season.

Millions of people will be watching — in person or via television or the internet. So Tuesday night’s practice was a chance for all of the North band members to look as professional as the veterans in the group when they march in the parade, Hill said.

“I’m just so proud of the work they’ve done and how much dedication they have for this activity,” Hill said of fellow band members. “It’s awesome that we get to show that to a wider audience.”

Brittany Davis, the band’s third drum major, said the trip would represent a high note for seniors such as herself.

Haegele described the North band’s opportunity as the biggest since the Sound of North appeared in the 2004 Tournament of Roses Parade.

No matter what individuals’ political leanings may be, “it’s really exciting to be a part of the democratic process,” she said.

Christian East, a North sophomore who plays the baritone, said he was excited for the opportunity “to show everyone around the world that music is the gateway into your soul.”

The North band will leave that gift for all to absorb as a going-away present at the mid-point of its 1,200-mile, round-trip adventure.

The Sound of North Marching Band will practice from 6-8 p.m. today and 5-7 p.m. Monday, followed by a student/parent meeting about the trip.

A fourth and final rehearsal is planned 6-8 p.m. Tuesday with the last 30 minutes open to the public. Depending on outdoor conditions, the public practice will either be at the football stadium or inside the school, 1400 25th St., in Columbus.

“I’m just so proud of the work they’ve done and how much dedication they have for this activity.”

“It’s really exciting to be a part of the Democratic process.”

A shoe-in for generosity: Cintas and Sans Souci to offer free steel-toe boots to those in need