Mayor Jim Lienhoop isn’t sure how anything could top what Columbus achieved in 2017.

The city served as the centerpiece for the movie “Columbus,” released during the summer, which garnered international coverage and praise.

That was followed by more notoriety with Exhibit Columbus and the 18 temporary installations starting in late August. They attracted thousands of visitors, as well as world-famous designers and architects.

Also in August, the Indiana Commission for Higher Education approved Columbus as the home of Indiana University’s first-ever Master of Architecture degree program, with classes to begin in the fall of next year.

Lienhoop said he is hopeful the university will choose a downtown location for its permanent home, with IU officials visiting this month to look at potential facilities.

“Universities in general are a great economic generator,” Lienhoop said.

Besides increasing top-of-mind awareness, “this could help us in ways we don’t see yet,” he said.

“I think we will look back on this year as one that signaled some of the most long-lasting effects that Columbus has ever seen,” the mayor said of the city’s resurgence on an international stage. “It’s exciting to see the city re-engage with our legacy relating to architecture and design.” 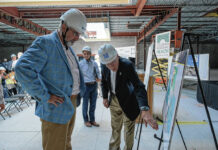 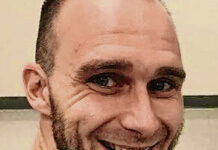 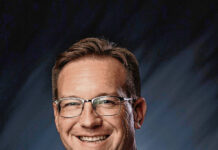