The Fourth of July was nearly two weeks ago, but today’s opening ceremony for the USSSA Fastpitch softball national tournament will feature one more fireworks show for Columbus.

One of the biggest tournaments of the summer is back in Columbus this week, and the fireworks show is one of the activities that tournament director Tim Foster has added to this year’s free opening ceremony. The ceremony has been moved from Lincoln Park to the Ceraland Camping and Sports Complex to provide more space.

There will be more vendors this year, including multiple food vendors that weren’t present in past ceremonies. The gates for the ceremony will open at 3 p.m., with the parade starting at 4:30 p.m. All 159 competing teams will be walking in the parade, including the five Columbus-based clubs.

The opening ceremonies also will feature a skills competition that includes fastest baserunners and a home run event. A bounce house, rock climbing wall and a bungee jumping station will all be at Ceraland. The ceremony will close with the fireworks show.

The actual softball games will start at 8 a.m. Wednesday with seven divisions across five age groups.

“We’re just excited to get it started,” Foster said. “I’d like to see the whole community get behind this tournament and support it this week, and come out and watch some softball.”

Foster said involving bigger states like Texas will make the tournament that much more interesting because those states have a larger number of athletes to choose from when making travel teams.

“It makes it more interesting to see how good those Texas teams are,” Foster said. “Most times when you see a Texas team in your tournament, you’re really excited to play them because you’re going to play a good team.” 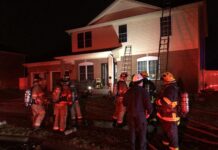 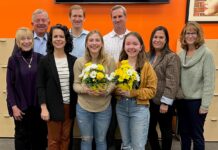 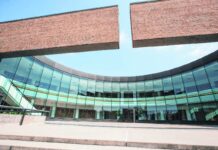