Mountains of miles are being logged this summer from athletes preparing to run in this year’s Mill Race Marathon events, but the aerobic workouts aren’t the only thing runners should be focusing on.

Distance runners looking to get the best results need to pay just as much attention to their diet as they do their running routines. In fact, a runner’s diet is so important to the athlete’s overall success that Alejandro Contreras, who heads the Mill Race Marathon training sessions every Tuesday and Thursday, brought in health educator Shayla Holtkamp to teach a nutrition class about how to eat beneficial foods from different food groups.

Holtkamp said the most important component is hydration. She recommends at least eight glasses of water a day for any individual and even more for athletes training for a long-distance race, especially in the heat.

Columbus East graduate Zane Yeager, who’s been running seriously for about eight years, claims that many people don’t realize that water helps regulate the amount of blood that is pumped throughout the body during a given period of time. The body has to work harder to pump blood to the organs if there is insufficient water intake.

Other forms of hydration also are necessary for replenishing electrolytes. Sport drinks such as Gatorade or Powerade are good sources for that. Consuming sports beans or GU energy packets, which contain extra glucose and electrolytes, also work for many runners.

What Holtkamp describes as the good carbohydrates come from fruits, vegetables, healthy pasta and healthy grains. Sixty percent of a runner’s daily calories should come from carbs, Holtkamp said.

“If you’re staying away from carbohydrates, there is no way you can do a half marathon,” she said. “They have all the vitamins that help with so many different things. Carbohydrates are invaluable.”

Carbs are the quickest source of energy for the body, and many foods that are high in carbohydrates also contain antioxidants, which can be found in cauliflower and broccoli. Antioxidants help athletes with inflammation in the muscles, along with helping the body fight off cancer and other diseases, Holtkamp said.

Eating a small meal or snack that is full of carbs on the day leading up the race also is something that Holtkamp recommends. She also said it’s best for runners to replenish themselves with carbs within 15 minutes after a workout if possible, but at least within the first hour. Bananas and bagels are some post-workout foods that she suggests. Yeager’s go-to pre- and post-workout snack is a peanut butter sandwich because it’s easy for him to digest.

Finding the perfect foods for each runner before a big event just depends on the athlete, which is why Holtkamp said each individual runner has to find out what works for them. She personally prefers to eat a whole grain bread with peanut butter and a banana before a big race. Those foods give her good sources of carbs and protein, and she always consumes it about an hour-and-a-half to two hours in advance to give her body adequate time to digest and use the energy.

Just as cars need gasoline to run, athletes in training need to fill up on the proper food.

Holtkamp said that protein is needed in a diet, but not in the amount that most people think.

She encourages 15 percent of a runner’s calorie intake to come from proteins and about 25 percent from fats. The body can use protein as an energy source, but Holtkamp said only as a last resort. However, protein does help with muscle repair as well as breaking down and rebuilding muscle tissue.

Holtkamp claims that muscles are made of proteins, and runners are actually breaking down muscle when on long runs. Eating foods that are high in protein helps repair that damage. Recommended healthy foods that are high in protein are white turkey meat, peanut butter, salmon — and tofu as a vegetarian option. Lean red meat also is a good source of protein and adds a bonus of iron that is needed to carry oxygen to the body, Holtkamp said.

However, too much red meat could be detrimental. Although some red meat is appropriate because of the iron, Holtkamp recommends choosing a leaner meat with less fat when choosing to eat red meat. Steak is one of Yeager’s favorite meals, but even he doesn’t eat red meat more than once or twice a week.

“It’s kind of a catch-22 with red meat because red meat contains iron,” Yeager said. “It does provide one positive measure, meant for distance runners in particular, but there has been instances shown of red meat being on the tail end of detriment in the long run.”

Fats are another area of caution. Unsaturated fat is important in a diet, but in limited amounts. Fat contains a high source of energy, but Holtkamp said it takes a long time to break down. Her top choice for fat intake comes from avocado, along with the use of canola oil olive oil.

Holtkamp describes breakfast as the most important meal of the day because it’s hard to go without fuel in the tank, she said.

However, Yeager believes a healthy eating habit doesn’t always have to follow the usual three-meals-a-day routine. He said there isn’t anything wrong with eating three times a day, but he prefers to break his meal intake into five smaller meals.

Importance: Carbohydrates provide the quickest source of energy for the body and are full of vitamins and minerals. Most foods that contain carbs also contain antioxidants, which help with inflammation.

Importance: Fats are needed in limited amounts. Although they take a long time to break down, fats are high in energy.

Recommended Foods: Avocados, the use of olive oil and canola oil.

Hydration: At least eight glasses of water per day

Replenish electrolytes with sport drinks such as Gatorade and Powerade. 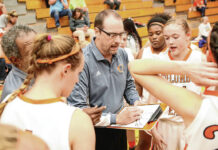 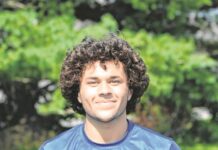 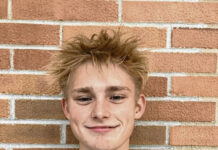