Over the span of 40 years, Columbus North has seen many teachers, administrators and athletics coaches come and go, but one constant has stayed that same.

Steve Souder, athletic trainer at North, has been the consistent staple and is one of the most well-liked and respected individuals at the school. He was selected as the regional nominee in the area for the 2019 Newell Award and should find out next month whether he will be the winner of the prestigious honor.

The award recognizes athletic trainers for the service and leadership they provide to their local athletic communities.

“This is really a prestigious honor,” Souder said. “It’s probably one of the top awards in the country for trainers.”

Beginning of an era

When Souder was in high school, a friend asked if he wanted to be a manager of the football team, and he agreed.

A short time later, his friend decided to quit, and it left Souder as the lone manager of the team. He took an interest to it right away and remained as the manager the next three years.

Souder said the managing slowly evolved into taking care of the players and learning how to tape from an old Johnson &amp; Johnson taping book. From that moment, Souder decided that he wanted to pursue a career in the medical area.

For two years, Souder landed as a student trainer with the soccer and wrestling teams at a local community college until he went to college at Bowling Green State University. He majored in elementary physical education. Since there weren’t many schools that offered a curriculum in athletic training, Souder spent long hours in the training rooms to gain experience.

Souder was ready for the National Board Test following college. With only a 30-percent passing rate at the time, the test consisted of multiple choice and assessments by three athletic trainers that would give situations that an applicant had to solve and then demonstrate problem solving skills.

Needless to say, it was just the beginning of Souder’s career in athletic training.

“He’s still very old-school,” said Dr. Cary Guse, a doctor at Southern Indiana Orthopedics and the team doctor for Columbus North and Columbus East. “He started in an era where they were paying very little for lots of hours. His true love and passion for the athletes in the sport, it’s a special unique characteristic. He truly loves what he does.”

Souder applied for an elementary physical education opening in 1978. At the end of the interview, he mentioned that he had taken the National Board Test for athletic training.

Souder recalled that the personnel director told him to turn around and pointed him to Columbus North High School, saying that they were looking for a trainer. He went over and had a two-hour interview and a tour of the school. He recalls that he was really impressed with how big Memorial Gymnasium was while seeing it for the first time.

Souder accepted the job in August 1978. He walked into the old locker room at the time where Bill Stearman tossed him the keys and pointed to the training room.

It’s where Souder has been ever since.

On top of being an athletic trainer, he also taught at North for 30 years. During that span, his work day would start around 7 a.m. and last until about 6 p.m., but if there was a sporting event going on that night, his day usually wouldn’t end until just after 11 p.m. or even close to midnight in some cases.

“It’s definitely helped out his longevity when he was able to retire from teaching and focus on this,” North athletics director Jeff Hester said. “For years, he was doing both. He was teaching all day long and then athletic training. He was working 80 hours a week. Now, being able to just focus on athletic training, I think Steve will go as long as he wants to.”

Interactions on the job

Ashley Martin, who has been an athletic trainer at North for 2 1/2 years, said that Souder welcomed her and was glad to have her on board after Souder spent the Fall 2016 season as a one-man crew.

Martin said she was impressed that Souder could work in that capacity when it would normally take a two- or even three-person crew to work.

Martin says that the working relationship the two have has been excellent. She says that are able to feed off of each other when certain situations arise and come up with the best possible solution.

“It’s been nice because we can learn from each other. He teaches me things that he has known for years that we may have not really hit on in school. He’s seen a lot of different things, and it’s really good to get his perspective on things and hear his stories from the past when something else has happened,” Martin said. “I’ve also been able to teach him new things, which is really fun because it’s fun to learn from each other and combining the new and the old. It really grows our education to be the best for the athletes.”

Martin had a front row seat into who Souder truly was.

“Steve is a social butterfly,” Martin said. “He’s always chatting it up with previous players or a previous student he had that now has their son or daughter playing, so he knows everybody.”

Souder always enjoyed talking to the students that he come to his office for treatment after school before or after a practice or sporting event. He has a specific knack for interaction with his co-workers and students and making the atmosphere a lot of fun.

“He always jokes that I am his daughter that he’s never had,” Martin said. “It’s a fun atmosphere, and we always make the athletic training room fun. We always joke around and have fun with the kids.”

This winter, Souder injured his sciatic nerve, but that never stopped him from helping others. The most important thing to him was putting the student-athletes first.

Hester relates to Souder as an “Iron Man” that puts his hard hat on and puts in the work that’s above and beyond.

“He’s part of the family. We obviously consider him part of our athletic department staff, and he’s just a very relational person. He puts relationships first,” Hester said. “He’s dependable and someone not only we always count on, but the athletes can count on and the athletes’ parents can count on that Steve is going to take care of their kid. He’s got an easy-going personality. He takes time to care.”

Even at times when he is not tending to the athletes after school, he’ll usually roam the school and have conversations with just about everybody he runs into.

“It’s the best job to have, but can be a little overwhelming at times,” Souder said. “It is to the point now when I take care of an athlete, they sometimes mention, ‘Oh, by the way, you took care of my dad or mom,’ or I get a reaction or a look of surprise from a parent walking through the area saying, ‘You are still here!’”

Since his college days started in 1973, one could recognize Souder by one physical feature — the mustache.

In 2016, Souder made a promise to the gymnastics team that if they won the state championship, he would shave his mustache.

With that extra motivation, the gymnastics team won the state title and finished with a state-record 114.85 points, a record that still stands today. During the annual postseason banquet, members of the gymnastics took turns shaving the mustache.

To this day, Souder has not made any attempt to grow the mustache back and for a good reason.

“My wife (Ardis) says I look better without it, so it is staying off for now,” Souder said.

On the verge of completing his 41st year as the athletic trainer, Souder has helped out thousands of athletes and even spectators that have come through North.

He’s treated a countless number of arm and leg injuries, and he’s seen his share of unusual circumstances that arise, such as a spectator having a heart attack or a child breaking a forearm from falling off of the bleachers.

“Steve has been at it for so long that he is just able to take everything in stride. There’s really nothing that he hasn’t seen,” Hester said. “He doesn’t get rattled. He doesn’t crack under pressure. He’s just a constant, calming factor. That’s probably the big part that’s helped him stay in this profession for so long, not only in the athletic training world, but anywhere for 40 years. It’s a long time.

“I’ve never met anyone who can say anything bad about Steve Souder. Everyone likes Steve. He’s very easy to be around, and he’s good at what he does.”

Whether it happens tomorrow and many, many years from now, when the time comes to hang up the medical supplies, Souder has made plenty of memories in everyone’s lives and high school careers that he was a part of for as many as three generations.

Souder said knowing that he has made it possible for some of the athletes to be able to continue their athletic careers, be it at the college level or just for the fun of it, and getting to know a lot of great high school student-athletes and having fun are two of the biggest things he will take away from his time at North.

“There’s a lot of memories,” Souder said. “If someone would have told me when I got this job that I’d be here 40-plus years, I would have told them they were crazy. You don’t think about it, it just happens.”

The biggest thing that Souder will likely be remembered is for his passion and dedication to athletic training.

“He could have retired a long time ago, and he always jokes that he should have retired a long time ago, but he truly loves it and that’s why he is so likeable,” Guse said. “It’s his true passion for being an athletic trainer and taking care of the athletes. It’s not a job; it’s a career and a part of who he is. He gets great pride and pleasure when old athletes say, ‘Hi’ to him. Every time he walks into the gym, he’s a rock star.” 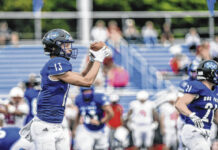 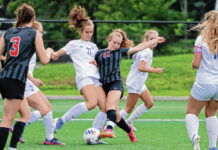 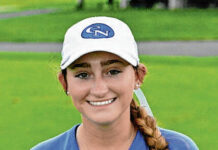