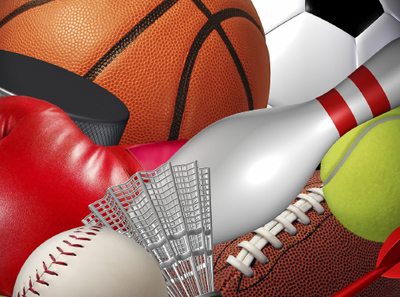 An injury like the one suffered by Trenton Kelley might have caused some athletes to step away from the sports they loved.

But a ruptured spleen and subsequent removal of that spleen at the end of his junior football season didn’t stop Kelley from returning to the football field and basketball court — and continuing to perform at a high level. On June 5, he was named the Male Athlete of the Year at The Republic’s third annual Bartholomew County Athlete of the Year Gala.

In the fall, Kelley threw for 1,772 yards, highlighted by a 358-yard game in a win at Bloomington South that was the second-best single-game output in Columbus North history. He threw for 16 touchdowns a year after tying the school record with 25. After leading the Bull Dogs to this year’s Conference Indiana title, he was named The Republic Football Player of the Year.

This winter, Kelley was a key starter on North’s basketball team. He averaged 7.5 points, 4.8 rebounds and 2.4 assists.

Kelley also excelled in the classroom and earned Academic All-State honors in football, honorable mention Academic All-State in basketball and was named a Scholar Athlete Award winner by the Central Indiana Chapter of the National Football Foundation. He plans to continue his football career at Morehead State University.

“I’m extremely excited about going down there to Morehead State and getting to play college football at the next level,” he said.

Kelley said his favorite moments of his high school athletic career were beating Columbus East in football his senior year and winning the conference championship.

“It was a great four years at Columbus North, being able to be part of that tradition and just all the help I received along the way with my parents, siblings, coaches,” Kelley said. “It definitely was a memorable four years. Just all the friendships I’ve made over the last four years — teammates — I think both the football and basketball programs do such a good job of really making it like a family and just everyone being there for each other.”

The Republic Male Athletes of the Year: