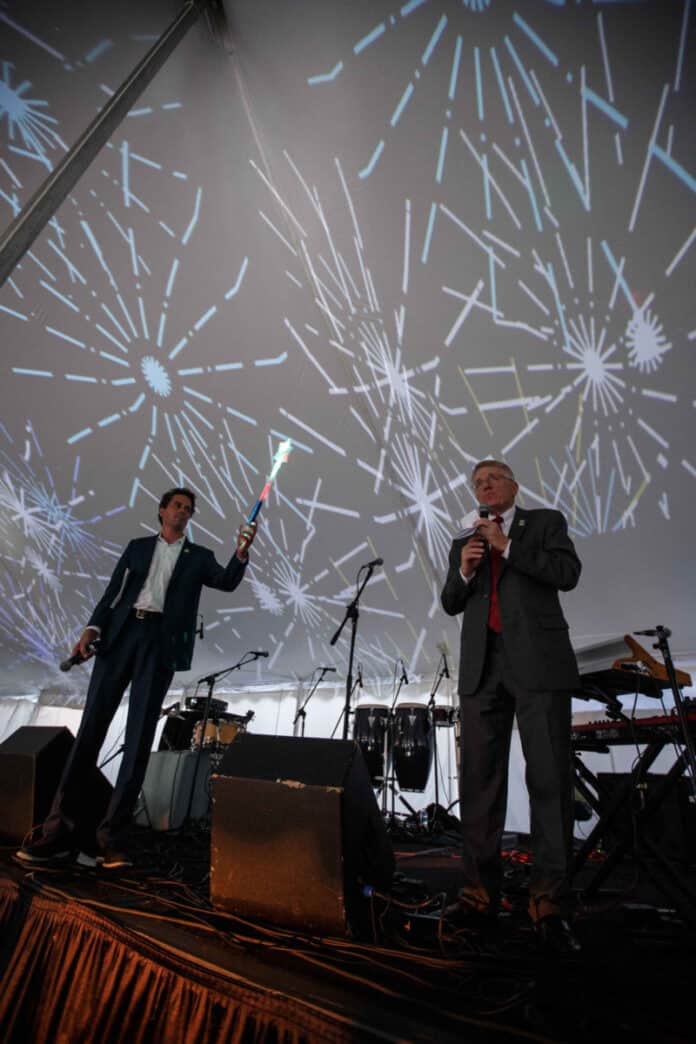 The inaugural gathering served as something of a passionate tent revival for Columbus’ creative vision among Modernist meccas.

Such was the first Exhibit Columbus opening party two years ago in Mill Race Park, where a capacity crowd of 700 people from all over the nation gathered under a tent to celebrate a three-month public exhibition that eventually garnered worldwide attention.

Now Exhibit Columbus leaders have announced that it’s time to get the latest party started — or at least publicize it and get ticket sales moving, all a month earlier than the timeline for the 2017 festivities.

“I don’t think I can personally remember any other event where so many people looked like they were thoroughly enjoying themselves,” said Jeff Baker, a co-organizer of the 2017 event and now in the same role for the upcoming gathering. “And the sense of unity I felt there was so incredibly strong.”

He and John Pickett, the other co-organizer, aim to build the Aug. 24 opening party into something equally memorable. The $175-per-person event will feature a cocktail reception, dinner, and live entertainment by Chicago-based rhythmic quintet, Dos Santos.

People began buying tickets within the first hour they were available online a week ago, according to Baker.

The Exhibit Columbus exhibition, titled “Good Design and Community,” will be Aug. 24 to Dec. 1 with 18 temporary installations. The free event, held every other year, focuses on art, architecture and design, and uses new, pop-up installations from the world’s leading designers to highlight existing structures and landscapes in a city known globally for its Modernist legacy.