A Bartholomew County Sheriff’s deputy was injured while making an arrest at Sunnybrooke Mobile Home Park.

Sheriff’s deputy Leah Burton was flagged down at 5:19 a.m. Thursday at the mobile home park in reference to a disturbance, deputies said.

She made contact with a male, later identified as Kevin Ferrell, 20, 10202 E. Legal Tender Road, Elizabethtown, who appeared to be intoxicated, deputies said.

Ferrell became belligerent and attempted to leave the scene, deputies said and when Burton attempted to detain Ferrell, he resisted.

Deputies said Ferrell struck Burton in the face and spat on her.

Ferrell was arrested on preliminary charges of:

Ferrell has since been released from the Bartholomew County Jail, jail officials said.

Burton suffered minor swelling and bruising as a result of the altercation and was checked and released from Columbus Regional Hospital. 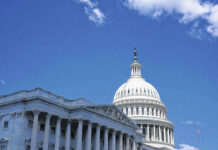