Medical providers in Columbus regularly welcomed opioid manufacturers into their offices, accepted all-expenses-paid meals and prescribed opioids generously over a five-year period as an explosion of opioids flooded the streets of communities across the nation.

At least 27 prescribers in Columbus met with opioid manufacturers Purdue Pharma, Mallinckrodt and Depomed Inc. on at least 93 occasions from 2013 to 2017, according to Open Payments, a national transparency program by the federal government that collects and publishes data about the financial relationship between drugmakers and medical providers.

The purpose of the meetings, the records state, was to promote popular opioid brands OxyContin, Nucynta, among others, to prescribers in Columbus.

Twenty-three of those 27 prescribers authorized 33,545 prescriptions and refills for opioid medications paid for under the Medicare Part D Prescription Program from 2013 to 2017, according to the federal Centers for Medicare and Medicaid Services, which maintains publicly accessible prescription records.

However, the number of prescriptions from Columbus prescribers that were paid for under Medicare Part D dramatically decreased over the same period.

The prescription figures only include prescriptions and refills paid for under the Medicare Part D Prescription Program, which is estimated to represent 70% of all Medicare beneficiaries, according to the Centers for Medicare and Medicaid Services.

Direct-to-physician marketing of drugs by pharmaceutical representatives has been controversial in recent years.

The marketing typically involves a sales representative, also known as a “detailer,” who visits a physician to provide information on drugs they are promoting and, in many cases, gifts, free samples of the drugs or free meals.

Many physicians argue that the visits do not affect their prescribing practices and can provide them with medical information about new medications on the market.

Numerous studies, however, have documented a positive association between the visits and increased levels of opioid prescriptions and that physicians may not be fully aware of the effects that certain marketing techniques may have on them.

Though medical providers in Columbus met with representatives from opioid manufacturers, it remains unclear to what extent, if at all, the meetings resulted in physicians altering their prescribing practices or favoring one brand over another.

One recent study by researchers at Indiana University and the University of Georgia found that direct-to-physician promotional activities by opioid manufacturers was associated with an increase in opioid prescribing.

“We found that the U.S. doctors who received payments from pharmaceutical manufacturers prescribed, on average, over 13,070 daily doses of opioids per year more than their unpaid colleagues from 2014 to 2016,” Thuy Nguyen, the study’s lead author, told The Republic. “Although this finding should not be interpreted as causality, this substantial association together with well-documented cases and lawsuits of marketing of Oxycontin and Subsys provides considerable support for the necessity of enhanced transparency and efficient restrictions regarding pharmaceutical marketing.”

“Among recipients of opioid‐specific payments (63,062 physicians), a 1% increase in amount of payments was associated with 50 daily doses of opioid prescription,” the authors of the study state.

Opioid manufacturer Purdue Pharma, in particular, has been under the scrutiny of regulators, lawmakers and activists for several years for the way it marketed OxyContin and other opioids, including allegations in lawsuits that company officials deceptively and unlawfully marketed its opioid medications to medical providers.

More than 2,000 lawsuits have been filed against the Connecticut-based pharmaceutical company by U.S. cities and states, including Indiana, accusing the firm of fueling the nation’s opioid crisis.

In November, Indiana Attorney General Curtis Hill sued Purdue Pharma, accusing its officials of running a “campaign of deception” directed at healthcare providers in Indiana in an alleged effort to “change the long-standing medical consensus and public perception that opioids were dangerous, addictive drugs,” according to the 93-page complaint.

The complaint alleges, among other things, that Purdue Pharma officials knew that their claims about the long-term risks and benefits of opioid use “lacked scientific support” and downplayed the dangers associated with taking opioids at higher doses, including a heightened risk of addiction, overdose and death.

“From the first OxyContin label in 1996 and up to today, in 2018, the only clinical study Purdue has relied upon for OxyContin’s efficacy in adults is a two-week study of 133 patients,” the complaint states. “No clinical trials on efficacy have extended past 12 weeks. Yet, Purdue sold OxyContin as the cure for chronic pain. Purdue promoted OxyContin, and opioids generally, with the understanding and expectation that health care providers would prescribe it to their chronic pain patients over periods of months and years.”

The lawsuit further alleges that the company spearheaded a campaign aimed at physicians to generate a biased body of reference materials ― including scientific research, pain-management treatment guidelines and continuing medical education seminars — that would encourage the prescribing of opioids for chronic pain.

The Indiana lawsuit seeks civil damages and for the company to “contribute financially to the remediation of the opioid crisis, including through payments to fund addiction treatment, prescriber education and a range of harm-reduction efforts,” the lawsuit states.

“Purdue (Pharma) changed the medical consensus on opioids through its campaign of deception,” the Indiana lawsuit states. “Purdue achieved this by ensuring that every channel a prescriber regularly consulted for information about opioids would deliver the same incomplete, misleading and imbalanced information. Purdue (Pharma) effected this strategy through its sizeable sales force, through continuing medical education seminars and presentations, through academic literature and through treatment guidelines.”

“I did my training in the late ‘90s and that was when opioids were really starting to be prescribed heavily,” Terrell said. “The teaching was, at that time, use pain medicine liberally. People would argue with you and tell you, ‘People aren’t going to get addicted,’ and that was even educators who were telling residents and students, ‘When people are in pain, they’re not going to get addicted.’ That sort of idea has gotten us into this. It was pushed to medical students and residents: ‘Prescribe more pain pills.’ … Medical educators and nursing educators were touting this message, saying, ‘It’s safe to prescribe these pain pills.’ And then we started using opioids for all kinds of pain, whether it’s, ‘My back hurts or I’ve a got an ear ache or whatever. And then we had proponents of the message, which were doctors who were paid by the pharmaceutical company out there saying, ‘Hey, we need to keep prescribing opioids, they’re safe.’”

From 2010 to 2018, Purdue Pharma’s sales force in Indiana included at least 123 sales representatives, who made more than 207,460 visits to 5,502 prescribers in Indiana to promote OxyContin and other opioids, according the complaint, which cites the company’s internal documents.

In 2012, the best-performing Purdue Pharma sales representative based on sales of OxyContin and Butrans was assigned to the Fort Wayne area, the complaint states.

“In just the first quarter of 2012, this Fort Wayne sales representative sold $2,031,666 of OxyContin in her district,” the complaint states. “Purdue rewarded her and other “winners” who secured the highest volume of Purdue opioid prescriptions with generous bonuses. The Fort Wayne sales representative received a first quarter bonus of $36,600 in 2012, plus a trip to Aruba.”

According to the database, Terrell has not met with any opioid manufacturers, but he said it was a perfect storm of sorts that led to the opioid epidemic in the United States.

From 2013, to 2017, Purdue Pharma representatives visited 20 doctors in Columbus a total of 57 times to promote OxyContin, Butrans, among other drugs the company manufactures, according to Open Payments.

Purdue Pharma, for its part, has denied the allegations in the lawsuits.

“Purdue Pharma vigorously denies the allegations in the lawsuits filed against the company and will continue to defend itself against these misleading attacks,” said Josie Martin, company spokeswoman, in a statement to The Republic.

Visit openpaymentsdata.cms.gov to see which pharmaceutical or medical device companies, if any, have visited your doctor.

Visit in.gov/attorneygeneral/3481.htm for more information about the lawsuit the Indiana attorney general filed last year against Purdue Pharma, the maker of OxyContin.

Josie Martin, a Purdue Pharma spokeswoman, said the company "vigorously denies the allegations" in the lawsuit.

Statement from Purdue University about mixups in perceptions about the identity of Purdue Pharma: 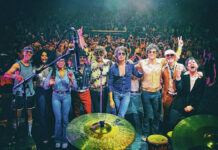 Our Hospice details events leading up to concert 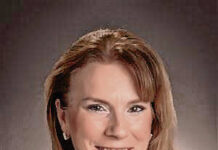 IREAD scores still down from pre-pandemic