Markets that weakened faster than expected contributed to a nearly 3% third-quarter sales decline for Cummins Inc., prompting the company to again lower its full-year revenue forecast.

The Columbus-based Fortune 200 company announced Tuesday third-quarter revenues (sales) of nearly $5.8 billion, a decline from the more than $5.9 billion the company generated during the same July-September quarter in 2018.

Lower demand for trucks and construction equipment drove most of the decline. Sales in North America were flat while international revenues fell 8%, Cummins said.

Earnings before interest, taxes, depreciation and amortization (EBITDA) in the third quarter were $958 million compared to $983 million a year ago.

“Despite weakening conditions in a number of our largest markets, Cummins delivered strong profits, record operating cash flow and returned a record $910 million of cash to shareholders in the third quarter,” Cummins Chairman and CEO Tom Linebarger said. “While we expected to see a moderation of demand in the second half of the year, sales have weakened even faster than we anticipated.”

Cummins now is forecasting 2019 revenue to decline 2%. At the start of the year, the company projected revenue to be flat or increase up to 4%. When it announced second-quarter results at the end of July, Cummins changed the full-year projection to flat.

Linebarger said the breadth of the industrial slowdown and the speed with which it has moved in international markets has contributed to the revenue drop.

“What’s surprising is how quickly things have gone bad in international markets. That was not expected at the beginning of the year,” Linebarger said.

Third-quarter results were helped by $23 million in tax benefits and gains of $28 million from ending certain contracts associated with the company’s foreign exchange hedging program. Net income reflected expenses of $35 million related to one-time actions taken to cease development and production of certain products, which the company said will benefit its future financial performance.

Cummins said it plans to return 75 percent of operating cash flow to shareholders in the form of dividends and share repurchases.

The company said its forecast does not include any potential impact of the company’s review of its emission certification process and compliance with emissions standards, or expenses associated with executing future cost reduction initiatives.

Despite the revenue drop, Cummins stock didn’t take a beating on Wall Street, closing at $177.12, a $2.91 (1.6%) decline from Monday’s close of $180.03. Analysts said that’s the result of investors believing the company is doing a good job navigating challenging headwinds, such as enacting cost-reduction measures while bracing for tough times in the fourth quarter and 2020.

“Cummins is taking actions to align our cost structure with the lower revenues while maintaining investment in products that will deliver sustainable growth and profitability,” Linebarger said.

For example, Cummins is ceasing production of its 5-liter ISV engine for the U.S. pickup truck market — intended for the Nissan Titan — by the end of this year. Linebarger said the volume of sales were not what the companies expected. Cummins’ decision incurred a $33 million charge, however.

Also, the company has been offering voluntary early retirements to reduce its North American workforce, and 400 to 450 employees have accepted the offers, Linebarger said.

Linebarger said the company also has prepared for the downturn all year by limiting discretionary spending and hiring, and is examining underperforming parts of the company for possible changes.

However, analysts offered differing opinions about whether future cost-reduction initiatives would include a reduction of its global workforce.

Roger Lee, a senior research analyst at Columbus-based Kirr, Marbach &amp; Co., said he thinks cuts will be forthcoming. Manufacturing companies can’t afford to manufacture the same amount of goods with the same number of people when orders are slowing, he said.

“As a public company, that’s not in the best interests of the shareholders,” Lee said.

Craig Kessler, president and chief investment officer at Columbus-based Kessler Investment Group, said he doesn’t think job cuts will be warranted because signs indicate the global industrial slowdown will be shorter in duration and not protracted over three to five years.

Cummins’ business segments offered a mixed bag of results, with some posting sales increases and the others reflecting declines. Here’s a look at how they performed:

Distribution: Sales of slightly more than $2 billion grew nearly 4% from last year. Revenues in North America increased by 3% and international sales climbed 5%. Strong demand for power generation equipment in North America, especially data centers, was partially offset by lower demand in oil and gas markets and the unfavorable impact from a stronger U.S. dollar, which impacted sales by 1%, the company said.

Components: Sales of nearly $1.7 billion dropped almost 6% from last year. Revenues in North America increased by 2% while international sales declined by 18% due to lower demand in Europe, India, and China, Cummins said.

Electrified Power: Sales of $9 million topped the $2 million in sales for the same quarter in 2018, the year the segment officially started.

Another reason Cummins’ stock price held most of its ground was that the company beat Wall Street’s projection of $3.83 per share, said Scott DeDomenic, senior vice president and financial adviser for private wealth management for Baird, which has a Columbus office. Cummins delivered $3.97 per share — and even $3.88 deducting some tax and investment benefits, he added.

“The market is willing to give them a pass this quarter,” Kessler said.

"While we expected to see a moderation of demand in the second half of the year, sales have weakened even faster than we anticipated. Cummins is taking actions to align our cost structure with the lower revenues while maintaining investment in products that will deliver sustainable growth and profitability."

Cummins Inc. released its 2019 third-quarter financial report on Tuesday. The results are compared to the Columbus-based company’s report for the third quarter of 2018. (Figures in millions, except earnings per share) 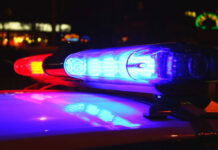 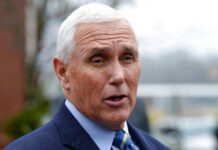 Pence: ‘Mistakes were made’ in classified records handling 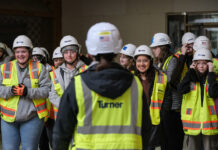