Columbus is assuming full control of Otter Creek Golf Course, working in a collaborative effort with several local entities to return the course to financial solvency and promote it with the city’s two other public golf choices — Greenbelt and Par 3.

The golf course, at 11522 E. County Road 50N, was a gift to the city from Cummins, Inc. in 1963, when J. Irwin Miller and the company agreed that a great golf course would increase Columbus’ attractiveness for those who chose to live or visit here, city officials said. An additional nine holes on the course was gifted to the city in 1995.

However, Cummins, which Mayor Jim Lienhoop said has made remarkable investments in Columbus for the past 100 years, has decided to reduce its involvement in the Otter Creek Management Corp., the governing board for the golf course.

With the change, all five Cummins appointees on the board resigned on Tuesday, and new appointments have been made by Lienhoop. They include: John McCormick, Tom Harmon, Karen Niverson, Dave McKinney and Rich Gold, Lienhoop said.

Lienhoop said the change is a reflection of a trend across the country in the golf industry with many areas finding themselves with more golf courses than the need for them.

Otter Creek encompasses several 100 acres and, when combined with city-owned Greenbelt and Par3, will bring 54 holes of golf available to golfers here.

“Intuition tells us that may be a little bit more than we need,” Lienhoop said.

Greenbelt and Par 3 are managed directly by the city’s parks department through greens fees, user fees and the parks general fund. Otter Creek has been a public, city-owned course since it was opened.

The city will work with Tobi Herron, president of Inspire Motives LLC, as a project manager as the new board and parks officials take what Lienhoop described as a “hard look” at Otter Creek’s data, industry trends and how golf offerings in Columbus will look in the future. Herron’s participation is being funded through Columbus Visitor Center sports tourism funds.

In the past 57 years, the city has not put a dime into Otter Creek, the mayor said. “It has been self-supporting,” he said.

However, just as other area golf courses have experienced, recent years of very rainy weather contributed to financial difficulties when players couldn’t get on courses to play consistently because of heavy precipitation.

City officials said Otter Creek had a decent year in 2017 and actually made a little money, but 2018 and 2019 were difficult years.

Particularly in 2019, heavy rain caused Otter Creek to be closed at least one day each weekend in July, Herron said, which is devastating to a public course.

“The way golf works, you don’t get it back,” Lienhoop said of losing an entire day of golfing on a public course. “It’s just lost.”

Otter Creek needed money to settle up its 2019 accounts and prepare for the 2020 season, the mayor said. Working with Cummins and the Heritage Fund — The Community Foundation of Bartholomew County, the two formed an interim financing program, each entity loaning the course $250,000.

A large chunk of that money will be repaid soon as about 45 acres of land adjacent to the course which is now being farmed will probably be sold to repay the $500,000 loan, Lienhoop said. The land was part of the original gift from Cummins but is not part of the golf operation.

The city is advancing $150,000 from its economic development funds to help the course handle expenses during the slow months of February and March and to prepare for this summer’s season, he said. While that advance does not have a mechanism for repayment, Lienhoop said the city supports a wide variety of recreational activities including the People Trails, the Hamilton Center Ice Rink and the new skate park, and this was an opportunity for the city to support golf.

However, the articles of incorporation for Otter Creek have been amended so that any excess assets at the golf course are to be returned to the city and the city may have an option for repayment there, he said.

“We anticipate that we might have fewer holes at Otter Creek, but that is all to be determined,” he said. “We wanted to give a heads up to the golfing public, but we plan to keep all the courses open for the 2020 season. It’s a complex challenge because we want to be fiscally responsible.”

If the city were to lower the number of holes at Otter Creek, some of that land could be sold to reimburse the city for the $150,000 in support, he said.

“This is a challenge we are facing in Columbus but many municipalities are taking a look at their golf offerings,” Lienhoop said.

The Columbus Parks master plan, completed in 2018, states golf was rated as “important” to many local residents, said Mary Ferdon, the city’s executive director of administration and community development. A representative of the city parks department will be a non-voting liaison to the Otter Creek board, Ferdon said.

Working with Herron’s findings and the Columbus City Council, the city will integrate Otter Creek into its 2020-2021 city budget this summer, Ferdon said. The city hopes to have some definitive answers from the data analysis by Aug. 1.

City officials emphasized the Otter Creek changes are part of a collaborative effort that will look at all three golf courses together and plan for the future of golf offerings in the future.

“The opportunities here are endless,” Herron said of the three courses. “We need to take our time and do it right.”

October 1955: Columbus Mayor Richard Thayer and Cummins Inc. began discussing a need for an 18-hold golf course to be built without tax money.

December 1963: Cummins donates property to the city of Columbus for an 18-hole championship golf course with a building and Robert Trent Jones is hired to design the course on a 218-acre site. Value of the donation to the city is $1,351,000. Harry Weese designed the 18,000-square-foot clubhouse which was to be completed in 1964. Cummins donated $50,000 through 1965 to cover operations until the course became self-supporting. The seven-member governing board, with five from Cummins and two mayoral appointees, is formed.

June 1993: Cummins donates Tract 1 west of the course and remaining land in the east course for a nine-hole addition, encompassing 48 acres.

Otter Creek Golf Course says it has been ranked among the top 25 public golf courses in the U.S. since it opened in 1963-64.

Course officials said the designers called the 13th hole "Alcatraz," a short, 185-yard par 3, with the green on an island surrounded by large Sycamore trees.

The Otter Creek Management Corp. Board meeting will be at 3 p.m. Friday at Columbus City Hall in Conference Room 4 located on the first level. 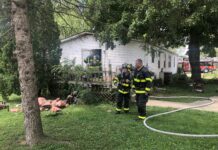 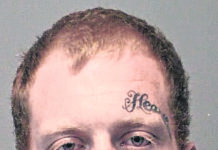 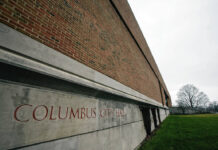