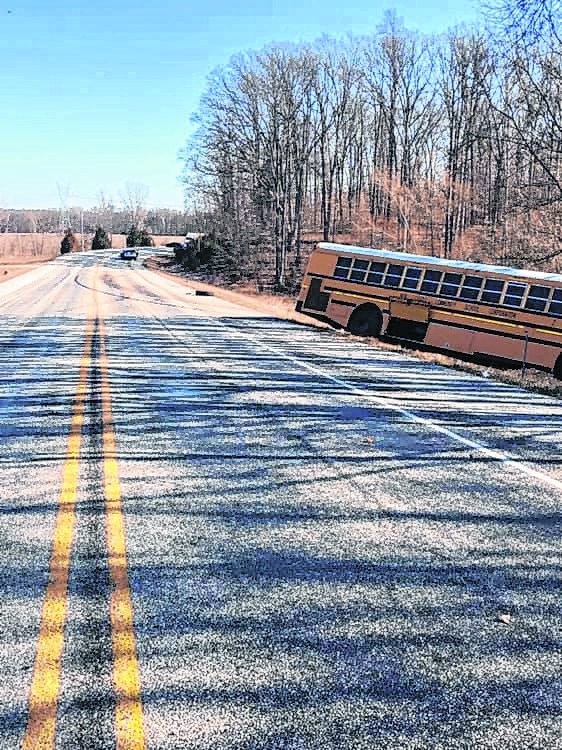 The Bartholomew County Sheriff’s Department has identified the two people who were injured when a New Castle gymnastics team bus was involved in a head-on crash on East State Road 46 Saturday morning.

The bus driver who was treated and released from Columbus Regional Hospital was Marta Davis, 65, New Castle, deputies said.

The Ford SUV driver who was taken by Lifeline helicopter to Methodist was identified as Marc Dougherty, 39, Columbus, deputies said. They said his injuries included a fractured left leg and fractured left arm.

A regional gymnastics meet at Columbus East High School was postponed after the New Castle gymnastics team bus was involved in a head-on collision on State Road 46 east of Columbus on their way to the meet.

An New Castle assistant coach on the bus was taken to Columbus Regional Hospital with a broken rib and treated and released, New Castle Athletic Director Shane Osting said.

Deputies said the accident happened at 9:19 a.m. in the 17000 block of State Road 46 East, with the bus colliding head-on with a Ford SUV. That driver, who was trapped in the SUV, was extricated and airlifted to IU Methodist Hospital in Indianapolis by Lifeline helicopter, deputies said. Hartsville and Columbus firefighters assisted at the scene with the extrication.

An investigation continues into the accident, with accident reconstructionists from the sheriff department and Indiana State Police sent to the scene.

New Castle was traveling to Columbus East for the regional gymnastics meet, scheduled for 1 p.m. The meet, where gymnasts would qualify for state competition, has been rescheduled for 7 p.m. Monday at Columbus East.

“The biggest thing is, it’s just a traumatic experience,” East athletics director Pete Huse said. “Emotionally, we did not want to put New Castle in a position where they had to compete when it could be postponed to Monday. Nothing is an easy decision. You’re trying to determine what’s best for everyone, especially for New Castle. Monday quickly became one of the best options, and it’s something we were able to do.”

Huse said he learned of the accident around 9:45 a.m. It was around that time that the other five teams — East, Columbus North, Bloomington North, New Palestine and Richmond — began arriving to go through warmups for the meet. But with the status in limbo, teams and coaches sat in the stands until the decision to postpone was made at around noon.