Cummins is still coming to Greenwood, both a company spokesperson and the mayor said. But it may be later than expected.

Last May, Cummins and the City of Greenwood announced plans to build a 100,000-square-foot information technology and digital hub in the city on a property located at the southeast corner of Interstate 65 and County Line Road.

Millions of dollars could be at stake if the project doesn’t happen. The city has offered incentives to the company, paid for by taxpayers, totaling more than $10 million.

Of that money, $7.7 million has already been invested by the city to purchase 85 acres of land for Cummins and other developments, such as a retail center, offices or a hotel, Greenwood Mayor Mark Myers said.

The city plans to sell 31 acres to Cummins for $10. The 31 acres is valued at $5 million, according to city documents.

The city also plans to spend up to $3 million for utilities and road improvements, reimburse the company for construction of a parking lot valued at about $1.8 million, and donate $1 million to the Central Nine Career Center in Greenwood as part of the deal. Those incentives are on hold until the project starts, Myers said.

Now, the possibility of delaying the project is on the table due to the COVID-19 pandemic, as conversations between the company and the city continue.

Cummins spokesperson Jon Mills confirmed on Friday that the company and Greenwood are still in discussions about delaying construction, which was supposed to start this spring. But the company is still committed to working with Greenwood and Central Nine to complete the project, he said.

Cummins Chairman and CEO Tom Linebarger said in an interview with The Republic on May 11 that the company "likes the project a lot," but with the economic downturn from the ongoing pandemic, it would likely need to be postponed. This statement came after Cummins reported that its first-quarter revenue fell 17% compared to the same period last year.

Working through the legalese of the contract the city and Cummins signed takes a long time, so whether the project will be officially delayed has not been decided yet, Myers said.

"They’re just going back and forth on the legal language and that always takes forever," Myers said

Cummins plans to invest at least $35 million in the Greenwood project, which is expected to bring 500 jobs paying, on average, $100,000, including benefits, to the city.

The company has until June 30 to start construction, according to the project agreement signed by the company and the city on May 20, 2019.

The construction can take up to two years to complete with an expected end date of June 30, 2022. If Cummins fails to start construction before June 30, the City of Greenwood can terminate the project agreement, according to the contract.

The property at I-65 and County Line Road—where Cummins is expected to build—has a long history. Greenwood has spent millions in the last decade to entice developers to purchase the land. So far, four out of five, Cummins being the fifth, have backed out of deals.

It started 13 years ago with a much-anticipated deal for Cabela’s to build a store and indoor water park, for which the city invested $750,000 in infrastructure improvements. Then, between 2014 and 2017, the city invested millions in three more failed projects including a hotel and sports complex, a 700,000-square-foot shopping center, and an ice rink.

Myers is confident Cummins will be the project that comes to fruition, he said Friday.

"We’ve got a really good relationship with them, and we just understand the situation," he said. "I’m not worried that it’s going to fall through."

He added that the city isn’t handing Cummins millions of dollars, and the company will not receive any money until the deal is finalized and construction begins. The city still owns the property, which it plans to develop. It has not been transferred to Cummins yet, Myers said.

Here is a look at where the taxpayer incentives promised to Cummins by the City of Greenwood stand to date:

$7.7 million to the buy the property – INVESTED*

Up to $3 million for utilities and road improvements – ON HOLD

$1.8 million reimbursement for construction of a parking lot – NOT PAID

*The City of Greenwood owns the 85-acre property. Cummins plans to build on about 31 acres, valued at $5 million. 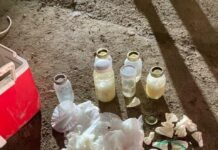