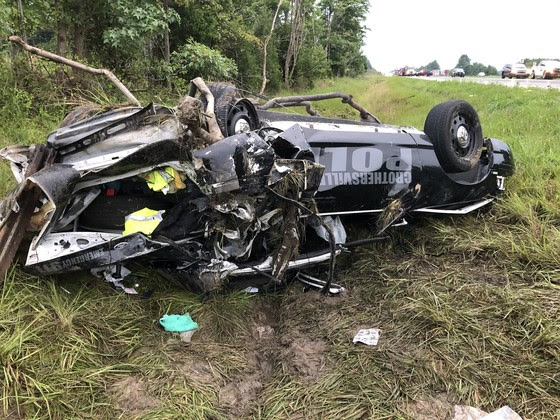 Michael A. Weiler, 45, of Brownstown, who has served with the department for five years, had to be extricated from his vehicle before being flown from the scene to St. Vincent Hospital in Indianapolis, according to a news release from Sgt. Stephen Wheeles, public information officer for the Indiana State Police Versailles Post.

On Friday afternoon, a Crothersville official said Weiler was in serious but stable condition.

That morning, state police responded to the scene of a two-vehicle wreck on northbound Interstate 65 between Uniontown and Seymour.

The initial investigation by the Versailles Crash Investigation Response Team indicated two Crothersville police officers, identified as Weiler and Chief Matt Browning, were providing traffic control for a highway maintenance crew that was working on I-65.

Shortly before 6 a.m., the officers had pulled onto northbound I-65 near the 44-mile-marker and were blocking both lanes with their emergency lights activated.

Weiler was in the right lane in a fully marked 2007 Ford Crown Victoria, Wheeles said. A 2020 International truck pulling a trailer, being driven by Harvest L. Beacham, 37, of Indianapolis was traveling in the right lane of northbound I-65 approaching the police vehicles.

Beacham was uninjured in the crash, Wheeles said.