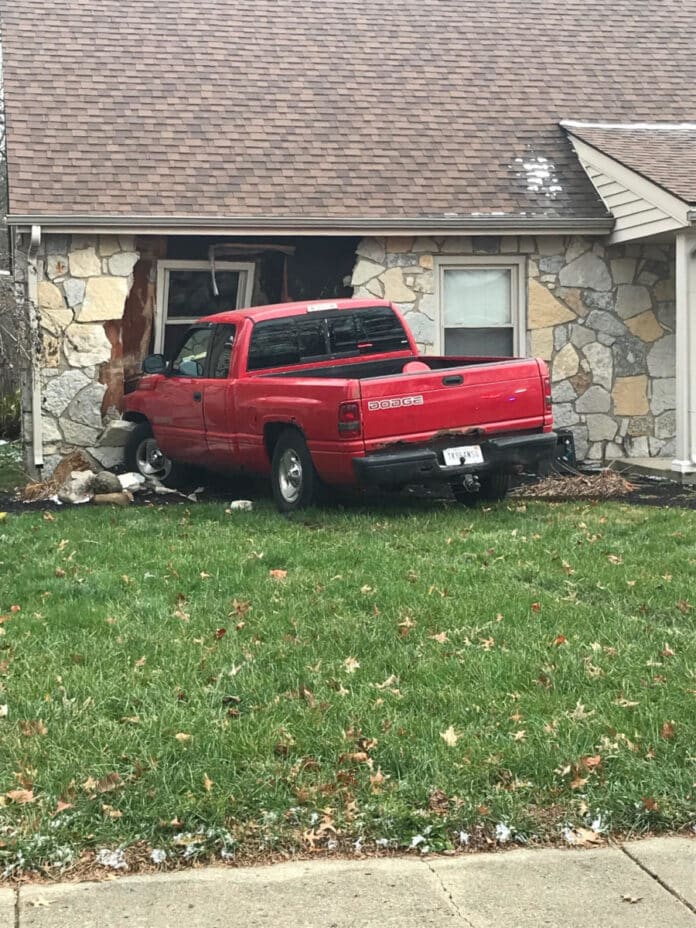 COLUMBUS, Ind. — A local woman was cited after she was accused of crashing a truck into a Columbus home on Tuesday morning.

At approximately 11:30 a.m., CPD officers were sent to report of a vehicle that crashed into a house in the 3100 block of Flintwood Drive. When officers arrived, they spoke to the driver of the truck, Denise L. Bruton, 54, of Columbus, said Lt. Matt Harris, Columbus Police Department spokesman.

The driver told police she was traveling east on Chapel Drive, when her vehicle experienced a
brake problem. Bruton advised she was unable to stop her truck which continued east across Flintwood Drive and struck the home, which was occupied at the time of the crash. No injuries were reported.

Bruton was cited by CPD officers for driving while suspended with a prior conviction and operating a vehicle without insurance, Harris said

The crash remains under investigation.