Indiana’s school voucher program began in 2011 with the stated purpose to improve education for low-income students. Since that time, it has grown to $176 million per year.

Is it worth the investment, and does it achieve the original goal of improving the education of low-income students?

A scientific study of Indiana students with randomized groups, done by the University of Notre Dame, showed that students receiving vouchers did no better on the state test for language arts and actually performed worse in mathematics than their counterparts in public schools.

Most of the students using the vouchers are not from low-income families, and most never attended public school and would be attending private school even without the program. Since the start of the voucher program, Indiana public schools have dropped to 41st in the nation in per-pupil spending.

Teacher pay in Indiana is 18% below the national average. Our teachers earn less than teachers in all of our neighboring states. Indiana teachers are 51st in the nation, behind every state and DC, in teacher raises.

So how is our state legislature responding to these data? House Bill 1005 and Senate bills 412 and 413 propose expanding the program. They would increase the income limit, allowing a family of four with an income of $145,000 per year to qualify for a full voucher. They are adding education savings accounts, which they have renamed education scholarship accounts, to the program.

None of this expansion will cause large numbers of students to change how or where they are currently receiving their education. For the most part, families making $145,000 per year who want to send their kids to private schools are already doing so, and many homeschool families will qualify and take advantage of the new education savings accounts.

Are we willing to spend $100 million of our tax dollars to NOT improve? Improving schools means attracting the best teachers and providing professional development for all teachers.

The governor’s Next Level Teacher Compensation Commission stated that we need to increase public school funding by $600 million to make Indiana teacher salaries competitive. These bills will continue to take money from public education to fund legislator’s pet ideologies. They will move us further, not closer, to the recommended target.

Contact your legislators today and tell them you want to invest your tax dollars in public education because it is an investment in our future. 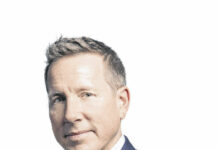