Seimone Augustus knew it was time to retire from playing when during a tough preseason workout session she could barely finish it.

Her trainer had asked her to run 48 sprints and her body said when she finished that “it couldn’t go anymore.”

“My ego got me through the 48 sprints, but then when I got to my car, I couldn’t even crank my car because I was just exhausted,” she said Wednesday on a Zoom call with media a week after announcing her retirement. “I was just so tired. My spirit was like, ‘What are you doing?’ I constantly had that doubt from that day until the day I decided (to retire).”

Augustus also felt that it wouldn’t be right to take up a roster spot on the Sparks with so many talented players trying to be part of this league. The four-time WNBA champion with Minnesota told Sparks coach Derek Fisher that she wanted to stop playing. He offered the three-time Olympic gold medalist a spot on the coaching staff.

The 37-year-old Louisiana native said that a few years ago a random stranger told her she should be a coach when she was done playing. That idea stuck with her in the back of her mind and then was further pushed by her best friend.

Augustus told a story about how her friend’s son was trying to use a pogo stick at a birthday party and was having trouble doing it. Augustus coached him through it and soon enough he was pogoing across the yard.

“When are you going to stop playing and start coaching?” Augustus recalled her friend saying. “Look at what just happened. You were able to tell him what to do and he listened. You know how rare it is that young people listen? She was like ‘you need to tap into that gift.’ When Fish brought that opportunity, I had no other choice. Was tired of fighting that battle as well. … It gave me an opportunity to be around my teammates. Gave me an opportunity to learn.”

“Seimone Augustus is one of the greatest basketball players to ever step foot on a court,” Fisher said. “Her impact as a pioneer in our sport can be seen through all the players and people she’s impacted in this game. It’s been an amazing honor to work with her over the past year and we’re excited to add all of her wisdom to our coaching staff.”

She starred in college at LSU, where she helped the team reach three straight Final Fours and was named Associated Press Player of the Year in 2005 and 2006.

When she decided to retire, Augustus called her parents to get their blessing and they reminded her, “You’ve done everything.”

“My parents have been on this journey with me since I was 5 years old,” Augustus said. “There was no other examples outside of them. They were my everything when it comes to life and basketball.”

She’s still trying to figure out coaching and admitted that her former teammates aren’t sure what to call her. Her Louisiana home is never far from her heart. She said that she knows her success can help encourage other young girls from her hometown to believe in themselves.

“The little Black and brown kids that grew up in my neighborhood that kind of find it hard to get out of there have someone to look to,” Augustus said. “She made it, and I know that I can too.” 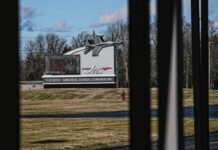 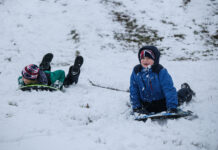 Fun in the snow: Columbus residents head out to sled, build snowmen 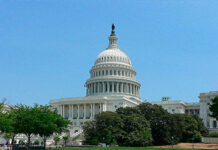