HIGHLIGHTS FROM RIO: Usain Bolt. The 34-year-old Bolt, retired since 2017, will watch the Tokyo Games from the comfort of his home in Jamaica as someone other than him captures the Olympic title in the 100 and 200 for the first time since 2004. Also missing will be British distance runner Mo Farah, who won the 5,000 and 10,000 in Rio. Farah missed the qualifying time in the 10,000 at the British athletics championships in Manchester and won’t defend. One of the most memorable moments in Rio was the dive by Shaunae Miller-Uibo of the Bahamas. She launched herself across the 400-meter finish line to beat Allyson Felix. There was also a feel-good moment after American 5,000-meter runner Abbey D’Agostino and New Zealand’s Nikki Hamblin collided. They helped each other up and inspired each other to finish. D’Agostino hobbled her way to the end of the race on a knee that would require surgery.

WHAT’S NEW: The 4×400 mixed relay will be contested for the first time at the Olympics. The event made its major medal debut at the 2019 world championships in Doha, with the American team of Wil London, Felix, Courtney Okolo and Michael Cherry capturing gold.

TOKYO EXPECTATIONS: There will be plenty of new gold medalists especially on the men’s side. Among those not in Tokyo to defend a title are Kenyan David Rudisha (800), Americans Kerron Clement (400 hurdles), Jeff Henderson (long jump) and Christian Taylor (triple jump) and of course Bolt. Another defending champion missing is Caster Semenya of South Africa, who is barred from running in the 800 meters by World Athletics’ testosterone rules and tried but failed to qualify in the 5,000 meters, which doesn’t fall under those rules.

ATHLETES TO WATCH: It was setting up to be sprinter Sha’Carri Richardson. But she won’t compete in the 100 meters after a positive test for marijuana. Harvard-educated sprinter Gabby Thomas could make headlines in the 200. She’s a threat to Jamaican star Shelly-Ann Fraser-Pryce. One of the most entertaining races figures to be the women’s 400 hurdles, where Sydney McLaughlin set a new world record (51.90 seconds) by edging Dalilah Muhammad at the U.S. track trials. Muhammad had the world record. Three-time high jump world champion Mariya Lasitskene will be a favorite after Russia named her to its 10-athlete team under rules limiting the size of its squad because of a long-running doping dispute. Noah Lyles, the 200-meter world champion, will lead a strong contingent of American sprinters that includes teenager Erriyon Knighton. Trayvon Bromell is the favorite in the 100. The heat could play a big factor and the race walks and the marathons were moved from Tokyo to cooler Sapporo.

GOLD MEDAL MOMENTS: July 31, the women’s 100 final was shaping up to be a showdown between Fraser-Pryce and Richardson. The 4×400 mixed relay event also makes its Olympic debut with round one. Aug. 1, the 100 final where Bromell tries to earn the first U.S. Olympic gold in the event since Justin Gatlin in 2004. Aug. 4, the women’s 400 hurdles final where Muhammad will try to defend her title and take the world record away from McLaughlin. Aug. 5, the race walk in Sapporo Odori Park. It’s the first of several distance events being held in Sapporo due to the extreme heat. The women’s marathon is Aug. 7 and the men’s marathon Aug. 8 to close out the athletics program. The last event on the track is Aug. 7, featuring the women’s and then men’s 4×400 relay finals. 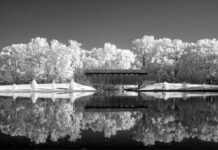 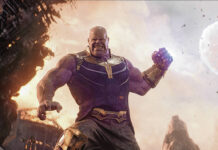 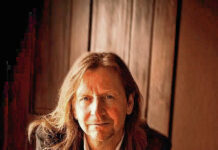