SOUTH LAKE TAHOE, Nev. — Hall of Fame hockey player Mike Modano holed out from 205 yards on the par-5 18th Friday for the first albatross in American Century Championship history and a share of the first-round lead with John Smoltz.

After managing nine points on nine pars on the first 15 holes at Edgewood Tahoe, Modano earned 16 on the final three in the modified Stableford scoring event. The former Dallas star had three-point birdies on the par-5 16th and par-3 17th before earning 10 more on 18. In conventional scoring, he had a 1-over 73.

Smoltz, the Hall of Fame pitcher who has struggled playing the PGA Tour Champions on sponsor exemptions, matched Modano with 25 points. He shot 70, making five birdies and three bogeys.

Two-time winner Jack Wagner and NHL player Joe Pavelski were a point back.

Charles Barkley was tied for 82nd in the 88-player field at minus-16. Al Michaels was last at minus-31. 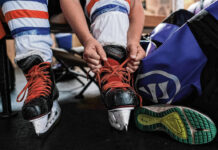 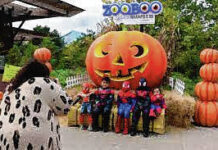