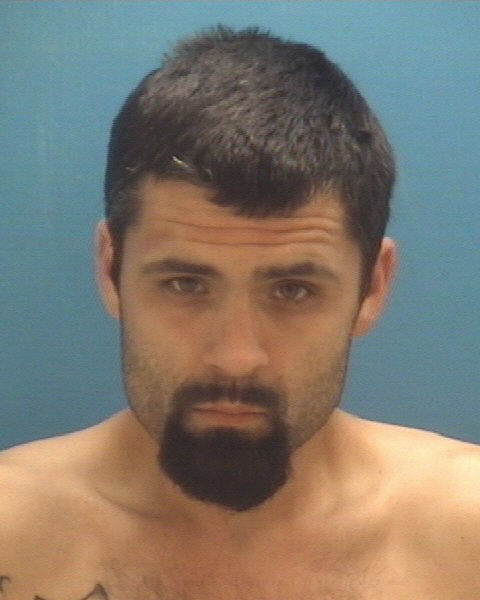 A suspect in an officer-involved shooting in Columbus last month will have his initial hearing in Bartholomew Circuit Court at 9 a.m. Wednesday.

Jacob D. Rice, 38, of 709 Reed St., has been charged with attempted murder, theft, unlawful possession of a firearm by a serious violent felon, criminal recklessness and theft of a firearm, according to court records.

Rice was hospitalized at a trauma center in Indianapolis after the officer-involved shooting at a home in the 3300 block of Grove Parkway in Columbus just after 4 a.m. June 27, according to investigators.

Nibarger arrived in the neighborhood, turned off his headlights and parked his vehicle, according to a probable cause affidavit filed in the case. He then walked toward the home, where he saw a person in the front yard who appeared to be looking into the home’s front windows, court documents said.

Nibarger shined a flashlight on the person, later identified as Rice, and identified himself as a police officer, court documents state. He noticed Rice had a dark object in his hand before Rice fled to the back yard.

The officer repeatedly and loudly ordered Rice to show his hands as the suspect fled to a corner of the yard where there was mulch, trees and shrubbery, according to the probable cause affidavit.

When Nibarger was giving commands to Rice, a single shot was heard. Then four different shots, that were distinctively different, were heard, according to court documents.

After shots were fired, Nibarger approached Rice and requested an ambulance before providing emergency medical care to the suspect, court documents state.

The officer then dragged Rice from the mulch and shrubbery into the grass, where he handcuffed Rice and requested additional medical supplies and continued providing medical care, according to the probable cause affidavit.

Nibarger then looked in the area where Rice was and saw a handgun on the ground, determined to be a 9mm Smith & Wesson M&P Shield. Two other officers took over supervision of Rice and Nibarger went to the front of the home, court documents stated.

In the area where the handgun was located, investigators later located one spent casing that matched the rounds found remaining in the 9mm found on the ground. Officers also found one loose unspent round in the grass that matched the 9mm ammunition, court documents stated.

According to initial reports from state police about the officer-involved shooting, investigators believe Rice fired one round from a firearm towards Nibarger. The officer was not struck and was able to return fire with his department-issued handgun, striking Rice one time, state police said.

Rice has a previous conviction for battery resulting in bodily injury to a public safety official as Level 5 felony, according to court records. He pleaded guilty in 2018 as part of a plea bargain in Bartholomew Superior Court 1 and was sentenced to four years with the Indiana Department of Corrections. Court documents indicate he had nearly a year of jail time credited as already served when he was sentenced.

Court records indicate Rice has two pending criminal cases in Bartholomew County, a misdemeanor operating a vehicle while intoxicated charge from this month and a felony unlawful possession of a syringe filed in May of this year by the prosecutor’s office.