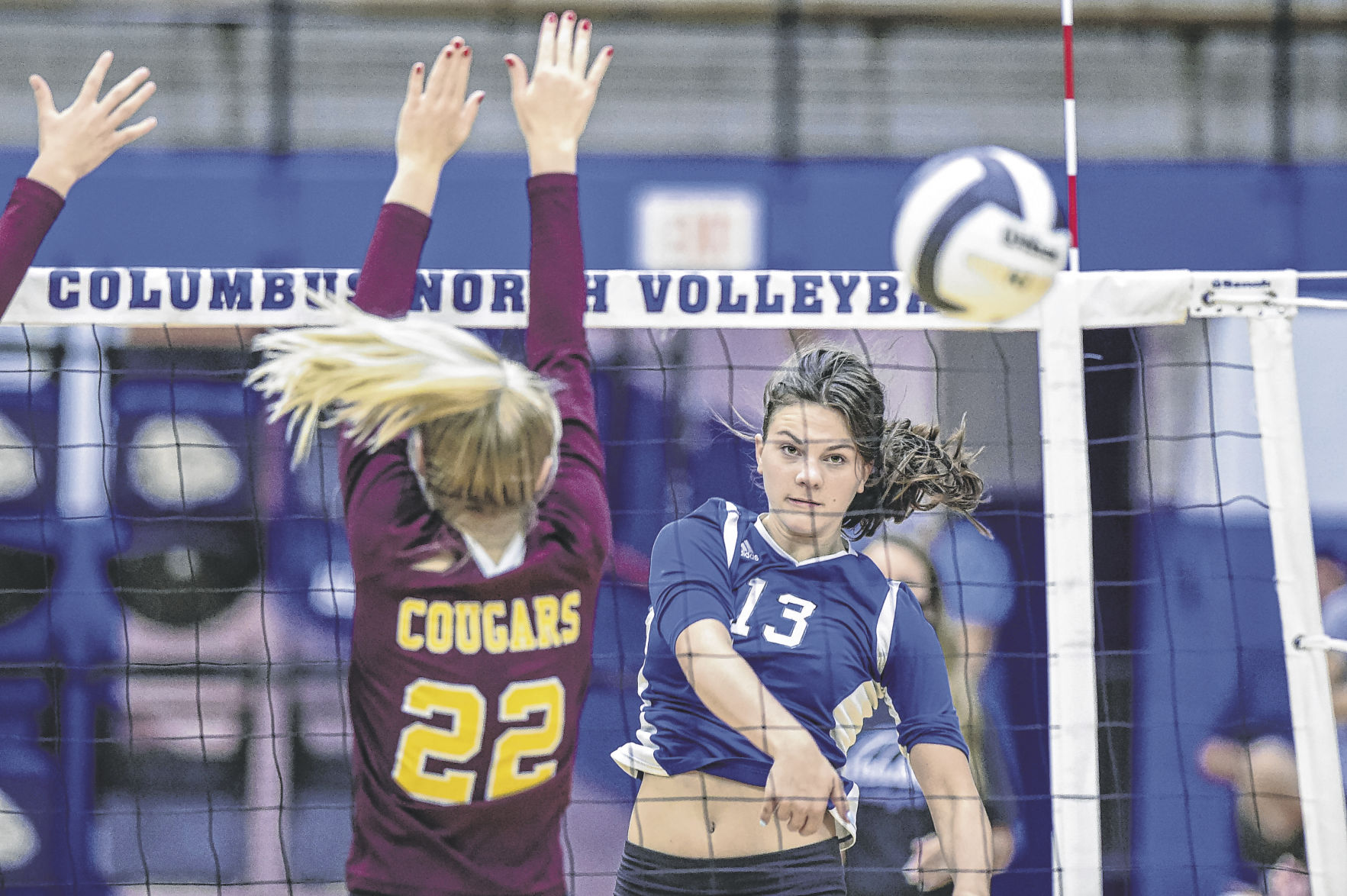 Unfortunately for the Bull Dogs, it didn’t have the desired ending they wanted.

“They’re an awesome group, and they’ll be missed for sure,” said Columbus North coach Jenna Ortega, who is in her first season as the coach. “We did our senior night early because we don’t know what’s going to happen (with COVID).”

Ortega was pleased with the fight her team showed at the end of each set and said that her team has shown much improvement only a few weeks into the season.

“They’ve improved tremendously from the start of our season, (when) they gave up as soon as we started the game,” Ortega said. “So getting them to have that energy and the positive attitude and to know that you can keep going, and you can keep fighting and it’s improving every game. Our record may not look pretty right now, but we are truly improving, whether it is at practice or in a game. Tonight proved that they’re out here to compete, and they’re out here to win. It just keeps getting better.”

Bloomington North scored six of the seven opening points of the match to lead 6-1. The Bull Dogs (1-7, 0-1) fought back later on in the set after trailing 15-7 to cut it to 17-13. The Cougars then scored three straight points, but Columbus North came back to score five of the next six points to make it 21-18. Bloomington North closed out the opening set, capturing four of the final seven points in the set to lead the match 1-0.

The Cougars took control early in the second set by jumping ahead 6-2 and later extending the lead to 14-5. After the Bull Dogs scored a point to stop a 6-0 run, Bloomington North scored four more points to lead 18-6. Columbus North cut it to 21-13 later on in the set, but the Cougars eventually closed out the set to take a 2-0 lead in the match.

The Bull Dogs started strong in the third set to lead 9-6, but Bloomington North came back to tie the set at 12-12. Columbus North led 15-12, but the Cougars scored seven of the next eight points to lead 19-16. Bloomington North had trouble closing out the set, and the Bull Dogs tied it at 24-24. The Cougars then got the two consecutive points ended to end the match.