One of four defendants charged in connection with the murder of a 36-year-old local man has a few extra weeks to prepare his defense.

A change of plea hearing had been scheduled Monday in Bartholomew Superior Court 1 for Abraham Jimenez Cesareo, who is facing one count of murder in the Feb. 26, 2000 shooting death of 37-year-old Leobardo Rodriguez Flores. Cesareo is also facing a misdemeanor charge of battery.

However, defense attorney Joseph Lozano of Bloomington asked Judge James Worton to put all matters on hold until the pre-trial conference gets underway at 11 a.m. on Oct. 25. On that day, Cesareo will either change his plea or plans for the scheduled Nov. 9 trial will be discussed, the judge said.

The case began in late 2019 when Cesareo’s ex-girlfriend told police she had been battered, strangled, intimidated and confined by her boyfriend.

She gave officers multiple phone recordings where Cesareo could be heard offering a man $2,000 to break Flores’ bones, because he was jealous that Flores was dating his ex-girlfriend, according to a probable cause affidavit. At that time, the man refused Cesareo’s offer, the affidavit stated.

Investigators interviewed another woman, identified as Eladia Jacobo Ortiz, who said she introduced Cesareo to co-defendant Eliel Avelar, who resides in the Chicago area. After receiving money from Cesareo, Alevar agreed to hurt Flores, the probable cause affidavit states.

On Feb. 26, Cesareo, Avelar and a third man — Esam Mohammed Abujoudeh — waited outside Tool Dynamics, located off South Marr Road, for Flores to arrive to begin his shift, investigators say.

After the victim pulled into the parking lot and got out of his vehicle, Avelar approached him with a .45 caliber handgun and asked Flores if he knew two children that Avelar claims to have fathered. Avelar said that after hearing Flores respond with “Sorry, sorry, sorry,” he shot the victim as he bent down, the affidavit states.

According to Avelar’s plea agreement, he will be allowed to plead guilty to voluntary manslaughter as a Level 2 felony and receive a 17½ year prison term with no time suspended.

But the plea agreement is only valid if the Chicago-area resident testifies against Cesareo, Ortiz and Abujoudeh, according to court documents. Avelar won’t be sentenced until the cases of all his co-defendants are closed, court documents state.

If Avelar does not testify or commits perjury, Worton can reject the plea agreement and order Avelar be tried on several felony charges that include murder, armed robbery, auto theft, three counts of obstruction of justice and intimidation. 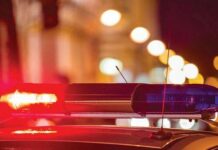 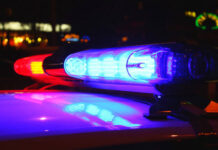