When Facebook first began its meteoric rise, some of my students said they wanted to do a story on it for the student newspaper.

They advised me to check it out.

I looked at their Facebook pages. They seemed innocuous, just chatty messages to their friends. It reminded me of a yearbook, only in digital form.

Then it occurred to me that these two students were solid, well-adjusted young women who possessed emotional and intellectual maturity well beyond their years. They would know where the boundaries were in any medium and they would respect them.

I pulled my gradebook out and started picking students’ names at random.

Then I discovered what had people so concerned about Facebook.

I saw posts featuring boasts about marathon drinking binges. I saw otherwise decent young people making cutting remarks about former boyfriends and girlfriends. And I saw students lashing out at their parents, at their professors, at their bosses — apparently oblivious to the fact that anyone, at that time, could see what they had written.

I remember thinking that just about everyone does something dumb and regrettable during his or her college years.

Until Facebook came along, most of us didn’t leave a written record of it behind so the rest of the world could see the mistakes we made — and whether we learned from them.

That was many years ago, long before Facebook arguably became the most powerful media presence on the planet and its founder Mark Zuckerberg one of the five richest men in America.

Certainly, it was long before Facebook whistleblower Frances Haugen testified before a panel of U.S. senators.

Haugen’s testimony was not uplifting.

It produced a predictable reaction.

Senators from both political parties — many of whom seemed only vaguely aware that there have been advances in communication technology since the invention of the telegraph — expressed shock, horror and outrage.

They vowed that this was social media’s “tobacco” moment. By that, they meant that Haugen’s revelations were so damaging that public pressure would make stiff regulation not only possible but inevitable.

There are a couple of problems with the comparison.

The first and most obvious is that smoking cigarettes was not a constitutionally protected activity. Speaking, writing and publishing what one wishes are.

It’s hard to see how any blanket, government-imposed restrictions of expression on Facebook or any other media platform won’t curtail First Amendment guarantees. It’s also difficult to discern how any such regulations won’t be applied to other media platforms.

If government is allowed to tell Facebook what and how it may publish, then doesn’t it stand to reason that newspapers, TV networks, radio stations — heck, even church bulletins — shouldn’t be subject to the same standard?

That’s one issue with the comparison.

The other is that there already may be remedies on the books for the worst offenses committed by Facebook and other social media sites.

Most traditional media outlets operate within certain ethical and legal strictures. They make reasonable attempts, for instance, to make sure that what they publish, post or air is accurate.

I’ve never quite understood why we allowed Facebook and other sites to become fact-free and consequence-free zones.

My students, years ago, didn’t think that posting something on Facebook counted as “publishing.”

Technically, writing on a blackboard or nailing a sign to a tree can be considered publishing.

And thus subject to libel and other laws.

Maybe the solution here is not to create a new system of laws for social media but to apply the existing ones to Facebook and other similar platforms. 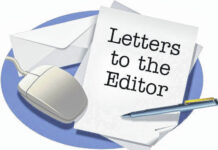 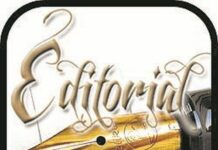