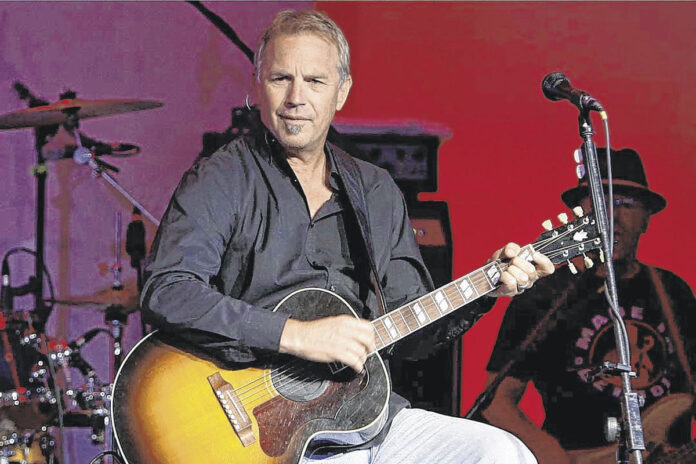 And actor Kevin Costner also is among them.

And he has long said he hopes to win over listeners with his turn as an Americana and country artist with a band called Modern West.

“I can’t force people to come see me as a quote-unquote musician,” he told interviewer Charles Runnells with the Fort Myers News-Press.

But he acknowledged that the curious come to concerts to see what the fuss is all about. His background in the arts included music long before acting, actually.

Costner and Modern West will be in concert at 8 p.m. Tuesday at the Brown County Music Center, 200 Maple Leaf Boulevard in Nashville. This comes days after an appearance at such a high-profile venue as that other Nashville’s Ryman Auditorium.

The band’s second album, “Turn It On,” was followed by a tour through Europe. The band’s 2012 album, “Famous For Killing Each Other: Music From and Inspired By Hatfields & McCoys,” peaked at No. 14 on the Billboard Country Albums chart.

Coinciding with Costner’s star turn as John Dutton in the TV Series “Yellowstone,” the band released “Tales from Yellowstone,” a collection of songs written from the perspective of that character. Songs from that album were featured on Season 3 of the show.

“This project was really special to me and the band — a chance to get into the mind of John Dutton, my character on ‘Yellowstone,’ and express his emotions musically,” Costner said on Instagram.