SEYMOUR — Members of the Trinity Lutheran volleyball team feel like they have some unfinished business to take care of.

The Cougars are making their second trip to the state finals in three years after they lost a five-set match to Cowan for the Class A state championship in 2019.

Seniors Ruthie Bingham and Kamzi Gross and junior Bailey Tabeling and their Trinity teammates will make another attempt to secure the big prize at 11 a.m. Saturday when they take on Lafayette Central Catholic at Worthen Arena on the campus of Ball State University in Muncie.

Bingham, Gross and Tabeling were starters on the 2019 team.

“It’s extremely exciting going to state,” Bingham said. “It’s very important to win the first set. I think the team that starts out the strongest is who is going to come out on top. You have to start out strong and go in with high expectations because we’re both good teams and pretty evenly matched. You can’t get arrogant or, ‘I’m going to win this game.’ If we can find the holes in their defense we’ll be fine. They have really big blockers, and some good hitters, too. They’re a good team. It’s going to be a tough one.”

Grace Roach tops the Knights in kills with 327 and in blocks with 53 solo and 20 assists.

Tabeling tops the Cougars with 409 kills, and has five solo and 34 assist blocks.

Bingham said, “The freshmen have stepped up tremendously, way more than I could have my freshman year. I really applaud them. I don’t think they know how proud I am of them for being able to go out there and not be nervous, and let the nerves get to them because they are freshman. The other teams know that and will pick on them. It’s going to take a lot of communication and teamwork. If everyone shows up and is ready to play then we’ll be fine.”

Tabeling said she is not as nervous as she was going into the finals two years ago.

Head coach Faith Wilder-Newland said LCC will be one of the tallest teams the Cougars have faced. The Knights have Roach at 6-foot-1, 5-9 Annie Haan, two 5-8 girls and another at 5-7.

Wilder-Newland will be coaching on crutches. She slipped on some wet grass and rocks returning to her home Saturday night and broke her left ankle. She came into the Bollinger Athletic Complex for practice Tuesday in a wheelchair and had surgery on the ankle Wednesday.

“I think we have to hit smart,” she said. “We can’t let the middles block us. We’ve got to hit around the block, and find ways to score. We need to handle serve reception well, play good defense, and we need to serve tough.”

Gross said, “It’s very exciting. I never thought we would make it two times. I’m so excited to be playing.

“I’m looking forward to us all playing together and coming out with a win. We’ve been practicing and waiting for this moment ever since we started. The first week was a little rough just because all of us had never played together before, but now we play great together.”

Trinity tied the school record of 30 wins in winning the Columbus East semistate against Bloomfield Saturday and carries a 22-match win streak against the Knights (26-9).

Both Gross and Bingham said it is very important to win the first set.

“It’s very important,” Gross said. “Once we win that first set we’re going to have the motivation to go further, but even if we do lose it we can come back and hopefully win the others.”

Having a good mindset is the key. Every possession, Gross said you have to think that you’re going to have a good hit or a good pass.

“It’s going to take teamwork, communication and just to play with your whole heart,” she said.

Wilder-Newland said she, too, wants the Cougars to get off to a good start.

Wilder-Newland went to state as a player at Jennings County, she coached Columbus East in the state finals four times and this is her second trip to the big show with the Cougars.

“This is a different group,” she said. “This is an exciting, fun team, just like that (2019) one was. It’s even more interesting because of the mixture of young and old players. Every team is different.”

Other freshmen who have seen a lot of varsity playing time this fall are Madison Keith and Laura Roeder.

LCC has two freshmen that play a lot.

Wilder-Newland said, “I went to the Final Four in 2013 with a team that played three freshmen. This is probably the most freshmen I’ve ever played on a varsity team.

The Cougars are traveling to Muncie today to attend a banquet tonight that honors all the state finalists. 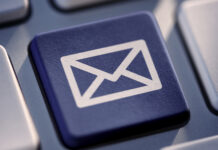 Letter: Walkers can pick up a new good habit