Officers found a BB gun among the belongings of a student at Columbus North High School on Tuesday morning, BCSC officials said.

Rumors had circulated at the school Tuesday morning that a student had brought a “gun” to school, according to several parents who notified The Republic.

Earlier on Tuesday morning, BCSC officials notified parents that school resource officers had received a Snapchat screenshot that mentioned “East” and warned people not to be at school.

School officials said they were taking the situation seriously and were investigating the source of the message. “Students and staff are safe and will proceed with their day as normal,” the announcement said.

BCSC officials later provided more context about the report, saying that the Snapchat message showed a screenshot of an email. The text over top of the screenshot mentioned East but didn’t specify if it was Columbus East. The email did not appear to be from a BCSC student or staff member, and the teacher named in the email was not from BCSC.

Officials said it’s common to see these kinds of messages on Snapchat that use a directional name, such as East, but don’t give context for the school mentioned, thus creating confusion.

After further investigation into the message, BCSC officials confirmed that the East mentioned is in a neighboring state, and BCSC school resource officers have been in contact with that school. This other school was working through the situation Tuesday as well. 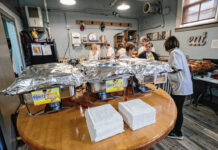 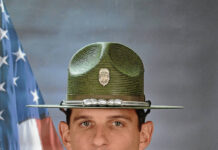