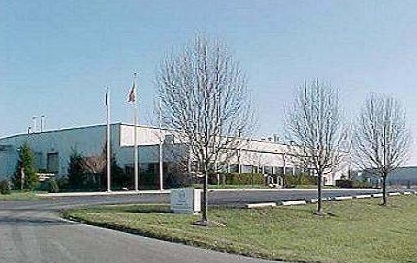 City officials approved a tax break to a manufacturing company that has 11 other active abatements.

The Columbus City Council approved a tax abatement for Rightway Fasteners, Inc. on the purchase and installation of $13 million in new equipment at its facility on 7945 S. International Drive.

City documents show that the company’s estimated savings from this abatement are close to $450,000.

DeShong told city council that seven of the items are for meeting additional production volume, and one is needed to replace an outdated piece of equipment.

The company’s incentive application states that it currently has a headcount of 438, with 21 of those positions unfilled, as of late October. They expect this investment to result in the filling of those positions, as well as the addition of nine new positions.

According to the company’s website, Rightway Fasteners was originally known as Indiana Metal Coatings when it began in 1991. The name was changed in 1995. The business was established as a joint venture in the United States by Meidoh Co. Ltd, Nagoya Dacro, Toyota Tsusho America and Sannohashi.

Robin Hilber, Columbus assistant director of community development, noted that the company had 13 employees when it started out and has experienced “steady growth” over the past 30 years, especially in the last decade.

City council members commended the company for its success.

“I’m really glad that the city has been a willing partner with you all these years, and it’s really good to see the growth that you’ve had,” said Councilman Frank Miller. He added that even with the tax abatement, the city will collect about $302,000 in taxes on this property over the next 10 years.

“Our goal is to be a really good neighbor to the city of Columbus, and we appreciate the good relationship that we have,” said DeShong.

Driver admits to role in fatal accident, sentenced to 11 years in prison