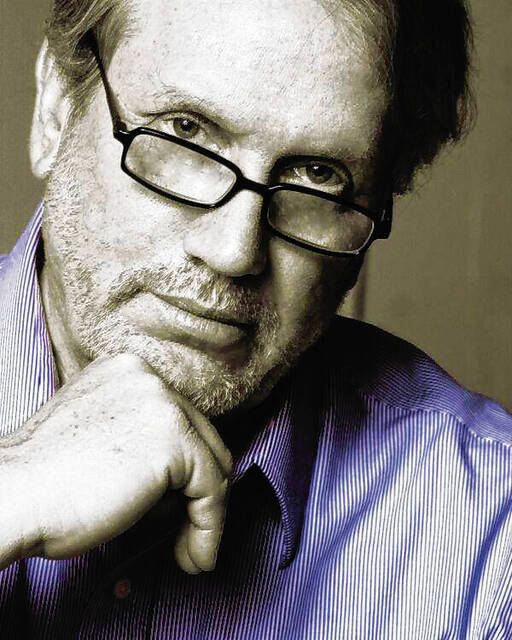 Back in 1976, I read a short newspaper story citing French demographer and scholar Emmanuel Todd who forecast the collapse of the Soviet Union. In his essay titled “The Final Fall,” Todd deduced that the USSR suffered from stagnation, low birth rate and high infant mortality, rising suicides, alcoholism and worker discontent.

At the time, I thought Todd’s notion was crazy. The collapse of a nuclear super power?

As a graduate of Indiana University’s Russian and East European Institute, and working in Elkhart where a large Soviet dissident community had gathered in the 1980s, I attended seminars at IU and Notre Dame in which a number of scholars such as IU professors Robert F. Byrnes, Darrell Hammer, Robert Campbell and Notre Dame professor George A. Brinkley Jr. believed that communism as we knew it was dying.

“You cannot even find a glass of beer in Moscow,” Byrnes said. Campbell added, “This society has to be rebuilt from the ground up. There’s no way of getting out of this mess without any trouble. The question is: Can Gorbachev manage the trouble?”

In my Elkhart Truth article dated Nov. 5, 1989, I wrote, “In the light of astounding events that have taken place in 1988 and 1989, anything can happen.” And it did. I watched CNN on Dec. 25, 1991, as the old Soviet hammer and sickle flag was lowered from the Kremlin after Gorbachev resigned. The USSR was kaput.

Why tell this chapter today? Because there are now predictions that the same fate is in store for the United States of America.

While the U.S. has an array of economic problems such as the concentration of wealth among the top 1% billionaire class and artificial intelligence encroaching into the lower echelons of the labor force, the threat we face today is political.

Our dilemma is this: A significant segment of the Republican Party appears unwilling to accept the verdict of voters. An Axios-Momentive Poll revealed 57% expect more political violence like that on Jan. 6 at the U.S. Capitol. This began when Donald Trump continually derided the American electoral system as corrupt and “rigged.” He did this when Ted Cruz won the 2016 Iowa caucuses. On Oct. 20, 2016 in Ohio, Trump told a rally, “I will totally accept the results of this great and historic presidential election, if I win.”

And he did, pulling off the greatest upset in American history. Democrats were stunned, but for the most part they accepted the voter and Electoral College verdict.

Trump would lose his re-election bid to Democrat Joe Biden, 81 million to 74 million votes in 2020. But Trump’s “rigged election” rhetoric has metastasized within part of the GOP. By Jan. 6, 2021, he goaded supporters into an insurrectionist mob that invaded the U.S. Capitol. The House Jan. 6 Committee has since uncovered evidence outlining a coup d’etat that was thwarted only when Vice President Mike Pence refused to go along.

After Trump’s second impeachment trial in February 2021, Senate Minority Leader Mitch McConnell observed, “There is no question, none, that President Trump is practically and morally responsible for provoking the events of the day. A mob was assaulting the Capitol in his name.”

On Jan. 6, 2022, Biden said at the Capitol, “For the first time in our history, a president had not just lost an election, he tried to prevent the peaceful transfer of power as a violent mob breached the Capitol. But they failed. The former president of the United States of America has spread a web of lies because he values power over principle and because his bruised ego matters more to him than our democracy.”

Conservative commentator Mona Charen wrote in The Bulwark last week, “January 6th should have been the point of no return, the pivot point at which even the most blinkered sugarcoaters of Trumpism recoiled in disgust from what they had wrought. … Even after the unleashing of medieval mob violence; even after the erection of a gallows; even after members had been forced to run for their lives; even after the deaths and injuries; even after all of that and more, 147 Republican members of Congress voted not to certify Joe Biden as the winner of the presidency. The transformation of the GOP from a political party into an authoritarian personality cult became official that day.” This includes Indiana U.S. Reps. Jim Banks, Jackie Walorski, Jim Baird and Greg Pence, who fled the mob with his brother.

U.S. Rep. Liz Cheney, the Wyoming Republican who sits on the Jan. 6 committee, said recently, “We can either be loyal to Donald Trump or we can be loyal to the Constitution, but we cannot be both.”

Questions for Hoosier Republicans: Are we going to be able to keep our republic? And our democracy?