LAWRENCEBURG — Tied 13-13 after one quarter Saturday afternoon, Columbus North held Lawrenceburg to a combined five points over the next two quarters and went on to post a 41-29 victory.

NORTH VERNON — Jennings County jumped out to a 24-7 lead after one quarter and went on to post a 67-42 win against Brownstown Central.

Juliann Woodard and Alivia Elmore each scored 23 points to lead the Panthers (14-3).

BEDFORD — Columbus East saw its five-year reign as Hoosier Hills Conference champs come to an end when No. 6 Floyd Central outscored the No. 8 Olympians 278 to 269.5.

INDIANAPOLIS — Columbus North finished second in a close four-way battle for the Conference Indiana title for its best showing since 2008. Terre Haute South won with 237 points to 228.5 for the Bull Dogs, 225 for Bloomington South and 205 for host Southport.

ELLETTSVILLE — Brown County had only two wrestlers and finished 11th with 12 points in the Western Indiana Conference Tourament. Owen Valley won with 259.

Chris Luckey led the Eagles with a fourth-place finish at 152. 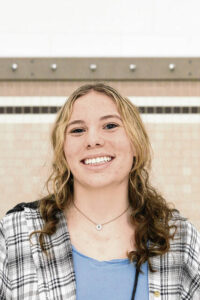 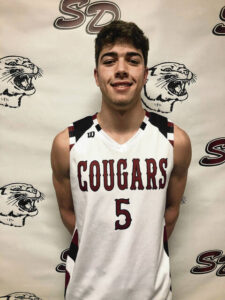 Columbus Christian bounced back from a 59-53 semifinal loss to Christian Academy of Madison by beating Pleasant View Christian 52-46 in the third-place game of the Southern Roads Conference Tournament.