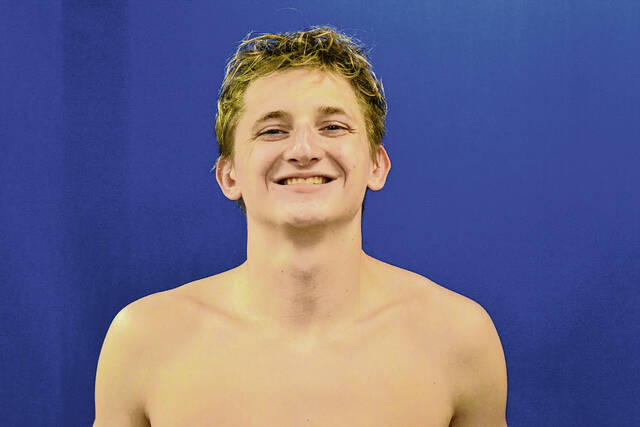 For several years, Columbus North and Jennings County squared off to begin the boys and girls swimming seasons.

This year, the Bull Frogs and Panthers met in the final dual meet and on North’s senior night. The Bull Frogs celebrated by sweeping the boys contest 133-49 and the girls meet 107-76.

“We’re super excited for them to get that victory finally and send our seniors on a very positive note as we get ready for championship season,” Findley said. “I was excited for the girls. They needed to come out, and Jennings County was a good matchup for us, and they pulled out a good victory.”

“Whenever we saw this meet on the schedule, we knew it would be close,” Jennings girls coach Morgan Webster said. “We knew that our teams were very well-matched, which usually isn’t the case with Columbus North. Columbus North has been a dominant girls team and has beat us a lot whenever we’ve swam, and that was the case again tonight. I think if we swim this meet 100 times, I bet it goes 50-50.”