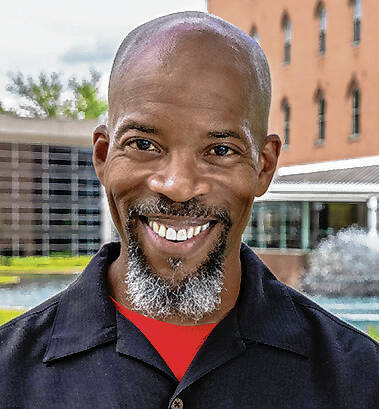 Inspired in the fall of 2021, I registered for a race equity training program sponsored by local nonprofit organizations in Bartholomew County.

When I read the race equity training program overview, I decided not to attend the training.

I’m African American and over time have sat through hours upon hours of racism programs. The workshop, like many others, was more of the same ol’ same ol’. I chose not to endure two full days of exercises and conversations about racism in America.

The overview read like just another program providing no actionable solutions to the racism problem. Another attempt at ending racism by teaching people how to be racist by keeping them focused on race.

A Howard University-educated doctor of philosophy developed a racism liberation program. She customized a nine-week training course for me.

Two months later, I was mentally and spiritually liberated from racism.

We then scrutinized social institutions and how they racialize people. We also discussed who benefits from the racialization of humanity.

Certificate in hand, I began experiencing the effects of taking the “red pill,” for those who are familiar with the Matrix. In short, I was newly aware.

After nine weeks of race inoculation, the disease died. In this letter, I will share one of the things I learned as my mind and spirit healed.

Most people — black and white — are racist.

What does it mean to be racist?

First, we must know the meaning of race.

The United States government uses the social definition of race to divide and decide. America does not use the term race in its biological, anthropological, or genetic sense.

Race categories in America are black or African American, white (and not European American), and Asian (not yellow or Asian American).

So, when someone calls me “black,” they are giving me a government-approved racial character. That is racializing me. The same goes for “white” or “yellow” people.

By extension, someone who racializes another person is a racist.

Thinking about it this way, anyone can be a racist: one who is focused on race.

Because of this, be empathic — understanding that a person can be racist for all intents and purposes — and be a good person.

Let’s end the guilt and disgrace that’s attached to being a racist.

Let’s create safe spaces for people to be more honest with themselves and each other. Safe spaces where people can make mistakes, learn, and grow.

This is how we liberate, rehabilitate, and restore humanity.

This is how we realize the dream.