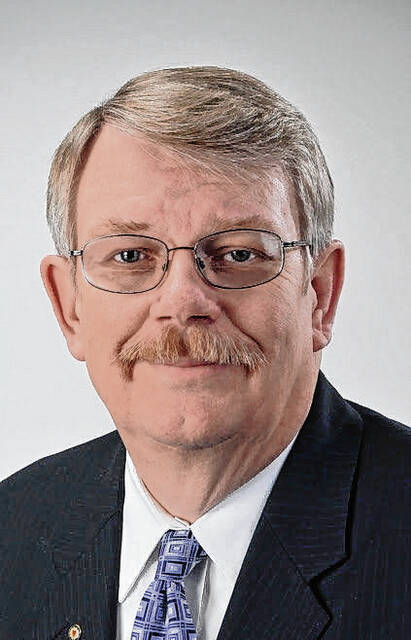 I have given up all hope of returning to the day of e pluribus unum. I certainly don’t expect anyone in Washington D.C. or the New York City media center to repent of their divisive ways and take on this noble cause.

So what? They don’t dictate how I live my life or the way I interact with other people. Let them continue to be mired in Donald Trump’s undrained swamp, rewriting history to suit their own prejudices and acting more and more as immature juveniles in their incessant name-calling of anyone who isn’t marching lockstep to their ideology.

As for me, I don’t intend to lead Thoreau’s life of quiet desperation. I have too many good things in my life, things I should be thankful for receiving.

Let’s talk about music. I have rather eclectic tastes in music, including baroque and blues and jazz and 1960s rock. The American Legion post I frequent usually has blues playing on the jukebox. One of the regulars supervises this and has eclectic tastes similar but not identical to mine. An added benefit is that the volume is carefully controlled so as not to be obnoxious.

I have a cousin who has a doctorate in folk music, specializing in Hoosier barn dances. Although he lives in Chicago, he visits frequently and stays at our house during his returns to Fort Wayne. He always brings his instruments and we are treated to a mini-concert on most of these visits. He has reawakened in me a love for that old-style music that is in my heritage.

When he was here for Thanksgiving, we had some new neighbors over and the husband brought his banjo so he could play along. That is another thing that brightens my life — neighbors. Our cul-de-sac is very close, helping one another with leaves and snow work and stepping up whenever one of us has an emergency. A neighborhood boy suddenly developed a brain tumor, blessedly now completely gone. We all had prayers in our hearts and support signs in our yards, violating our association covenants. No one complained.

We get together frequently on our patios in the summer and inside during the more inclement weather. One neighbor has a hobby of collecting vintage movies so we have irregular movie nights. And you can bet that as soon as one of us starts a project of any significance, the others ask if they can help.

We love to talk about our grandchildren, which are the most rewarding part of my senior years. Two of our grandchildren live nearby so they spend a lot of days … and nights … at our house. I volunteer at the school they attend so at least one morning each week I am the school bus. After a career in higher education, it is so rewarding to spend time volunteering at an elementary school. And I get to see my grandchildren during the school day.

Being at our church’s school, I have the opportunity to be a role model for these youngsters. I am an all-purpose volunteer, doing maintenance projects and helping out whenever a teacher asks. One duty I have is to teach flag etiquette to the seventh- and eighth-graders who post and retire the colors each day. I also train these boys to be acolytes at daily chapel, preparing them to be ushers at Sunday services after their confirmation.

If my life isn’t joyful enough already, the calendar tells me that we are less than a month away from pitchers and catchers reporting for spring training. Baseball is the quintessential American sport — no violence but lots of strategic decision-making. The drama of a one-on-one confrontation between pitcher and batter is unique in that it is just the starting point for a team effort to produce either a run or an out.

I am trying to stay positive, but all is not well in my self-imagined nirvana of baseball. The players and owners are arguing over each side’s cut of billions of dollars collected from us fans. I suppose that is a lot of money to everyone’s thinking other than the Federal Reserve, but still. Do these people understand that the split won’t matter if the season doesn’t start on time?

I only bring this up as a cathartic exercise, which psychologists say is good for the soul. Maybe, but my soul is content with music, neighbors and grandchildren. And, come April, baseball. I hope.