When it comes to ideal destinations to play softball through the chillier parts of the late winter and early spring, Syracuse usually isn’t near the top of the list.

But when Kenzie Foster learned that the Orange play the first seven weeks of their season in warmer climates, she warmed up to the idea of playing for Syracuse. And after spending a couple of mild-weather days on campus last weekend and receiving a scholarship offer, the Columbus East junior accepted. 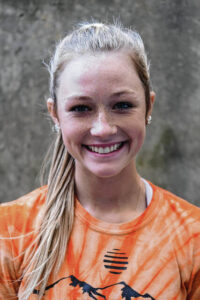 Syracuse coaches didn’t start talking to Foster until late last fall. She had already taken one visit to Wisconsin and then took another to Wisconsin in December.

She visited East Carolina two weekends ago and had a visit scheduled to South Alabama, but called that off after committing to the Orange, who play in the Atlantic Coast Conference.

“It was definitely a hard decision, but I am confident Syracuse is the place I want to be,” Foster said. “It’s very exciting. It’s been one of my dreams since I was very little to play in a Power-5 (conference).”

Foster began playing softball at age 7, and has been on high-level travel teams ever since. The past three years, she has played for the Beverly Bandits out of Chicago and travels to the Windy City for practice most Sundays during the travel season.

Foster helped the Olympians to a sectional title in volleyball last fall. She plans to continue to play volleyball as a senior before focusing on softball for college.

“I’ve always been a softball girl,” Foster said. “I did play club volleyball for awhile, but once I got to high school, I knew softball was what I wanted to do (in college).”

“Kenzie is a good athlete,” East coach Rusty Brummett said. “She has speed that is pretty amazing. A single turns into a double pretty easily with her. She is a very good infielder, always working on her craft. Other athletes see her working hard and can’t help but fall in.”

Foster, who plays shortstop for the Olympians and second base for her travel team, likely will play second base in college.

“Kenzie works her tail off,” Brummett said. “She’s always in getting extra swings and hitting lessons, and she loves it. She is going through a throwing regimen to make sure her arm in strengthened. She has put in time and energy, and it’s good when that comes to fruition.”