A Decatur County judge and special prosecutor who oversaw an investigation into allegations of criminal conduct by a former Columbus Police chief have released a report of the investigation’s findings, which had been sealed pending the conclusion of the probe.

Decatur County Superior Court Judge Timothy B. Day said Tuesday he had spoken earlier in the day with Chief Deputy Prosecutor Douglas W. Brown, who said “he was fine with that being released,” Day told The Republic.

However, the Bartholomew County Clerk’s Office quickly reversed course once Day authorized the release of the report, county officials said.

The investigation involved allegations that Rohde, who is now Bartholomew County Superior Court 2 judge, was getting paid for outside employment while on duty as police chief.

While Rohde was police chief, he worked two other jobs as a security guard at Columbus Regional Hospital and a mediator for the Indiana Office of Court Services.

Citing a separate investigation into similar allegations involving 17 Columbus police officers, the special prosecutor found that there was insufficient evidence to prove beyond a reasonable doubt that Rohde engaged in criminal conduct or was complicit in any potential criminal conduct by other CPD officers.

Another investigation assigned to a different special prosecutor found that CPD’s handwritten timekeeping system used by CPD prior to 2019 was “rife with inaccuracy” and “created at least the potential for manipulation” but ultimately determined that there was “insufficient evidence to prove beyond a reasonable doubt” that any of the CPD officers had committed criminal offenses.

Indiana State Police attributed most of the inaccuracies to “supervisor error.”

Taken as a whole, Brown concluded of the Rohde allegations: “Poor optics, not criminal conduct.”

However, the special prosecutor credited Rohde with the launch of the new CPD time keeping system on Jan. 1, 2019, saying he should be credited “for resolving the department’s time-keeping issue.”

The report marks the end of a nearly two-year investigation into Rohde and other Columbus police officers related to discrepancies between hours worked for the city and outside employers.

It also came just over two years since after former CPD officers Dan Meister and Ron May received suspended sentences by a special judge after pleading guilty to working a second job providing security at CRH while clocked in as city police officers.

The two officers were placed under supervised probation until it could be verified that they had paid all restitution, court costs and fines.

The chief complaining witness against Rohde was “a former elected official in Bartholomew County,” who Brown met with during the investigation, including this past Friday, the day that he filed his report in the Bartholomew County Circuit Court.

That official was former Columbus Mayor Kristen Brown, who stated in an email sent to The Republic on Tuesday that she wanted to see Rohde prosecuted and was upset that her comments didn’t carry more weight in the special prosecutor’s decision to not file charges against the former police chief, calling the probe a “sham.”

Former Mayor Brown hired Rohde as police chief in 2014 and many of the allegations against Columbus police officers and the former police chief at the core of the investigations occurred during her time in office, which she stated in her email to the special prosecutor. 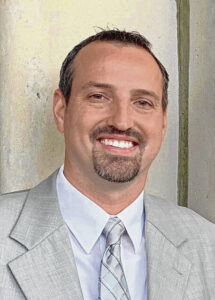 In an email addressed to WRTV6 reporter Kara Kenney and former Mayor Brown, Special Prosecutor Brown stated: “Kristen, thank you for the cordial meeting this morning. Again, I respect your passion and I hope you know your voice was heard.”

This is not the first time that the former mayor has sought legal action against city officials after losing the GOP primary by a large margin to current Columbus Mayor Jim Lienhoop in 2015.

In 2017, Brown filed a lawsuit against Rohde, CPD and the city of Columbus related to a dispute over a public records request involving a domestic incident between a county employee and his then-wife. CPD and the city later reached a settlement with the former mayor, agreeing to pay her $32,000 for attorney fees, court costs and other expenses.

In 2020, the former mayor filed a complaint against CRH with Indiana’s public access counselor related to her request for copies of “Jonathan Rohde’s time records for working security at CRH for 2015, 2016, 2017 and 2018.”

In an email dated Feb. 14, 2020, a city official recommended that the former mayor contact the Indiana State Police if she wanted to request an investigation into Rohde or CPD.

In response, former Mayor Brown wrote two days later, seeming to suggest that losing the GOP primary had made it more difficult to request an investigation: “I have (contacted state police.) They will not investigate based on a citizen’s request, only an elected official. As you know, since you primaried me … I am no longer an elected official.”