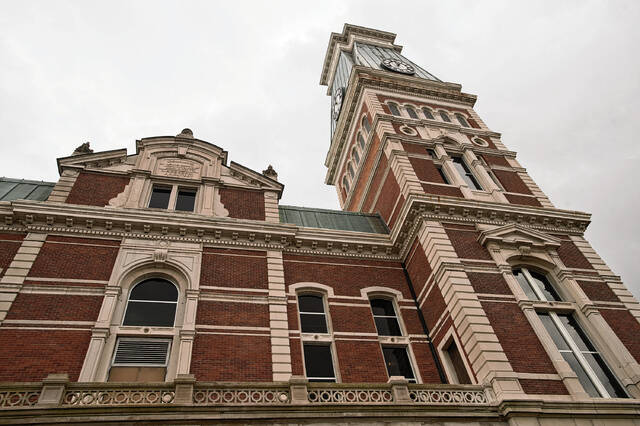 Bartholomew County officials are considering providing one-time hazard pay bonuses of $1,500 to full-time county employees — and $750 to eligible part-time workers — to some employees who didn’t receive checks the first time around.

The Bartholomew County Commissioners said in December that more workers would likely receive similar one-time bonuses from federal American Rescue Plan money by the end of the first week of February.

When asked how many additional county workers qualify for the premium pay, county auditor Pia O’Connor said that will be determined by the end of next week.

But one of the three county commissioners did not support a resolution that will lead to the distribution of further bonuses.

Tony London said the resolution went against ‘the original spirit of the American Relief Plan, which he says was intended to award law enforcement, medical and health officials who were out in the field every day with potential COVID-19 patients before the vaccine became widely distributed early last year.

“The original spirit of the bill supports premium pay for people who went above and beyond,” London said. “There’s no question that every (county employee) gave some, but some gave a whole lot more than others.”

Like the votes that allowed December’s bonus, the resolution for the hazard pay does not allow bonuses for elected officials, nor any individual no longer working in county government.

Some members of the public questioned whether Bartholomew County Clerk Shari Lentz was eligible for a bonus. But London quickly pointed out Lentz was in the appointed position of election supervisor in 2020. It wasn’t until last April that GOP precinct committeemen chose Lentz to succeed Jay Phelps after he accepted a new position with the Indiana Secretary of State’s office.

While some complaints were voiced that certain county employees who worked from home received bonuses, Commissioner Larry Kleinhenz said most workers did a blend of in-home and field work.

“Most or even all of the county employees did work from home on occasion,” Kleinhenz said. “But on many days, they were dealing with the public. We are not going to be perfect on this. However, we are trying to do our best and be fair.

But every employee who received a bonus last month met the federal requirements, he said.

Passed Monday on a 2-1 vote, the resolution has an “Interim Final Rule” that establishes the approval process for the premium pay. London said it also allows counties to be more flexible in granting these one-time bonuses, so county officials aren’t forced to pick and choose who receives the extra money.

“When you start to pick and choose which employees are or are not eligible for hazard pay, it’s really difficult because it makes it seem like you feel one group (of county employees) is more important than another group,” London said. “That’s not the case. Everybody is crucial.”

An example of increased flexibility in the “Interim Final Rule” is the allowance of bonuses for “those who made contact with co-workers that engage in regular physical handling of items that were handled by, or are to be handled by patients, the public, or coworkers that perform the work.”

But most of the increased flexibility comes from Washington D.C., and not the commissioners, London said. However, he said it was a local decision to limit the full-time employee bonuses to $1,500 when the federal government allowed it to go as high as $25,000 per person. He also said it was the commissioners’ decision to exclude elected officials from receiving bonuses.

“In a number of counties, they went ahead and gave elected officeholders premium pay, but we didn’t want to do that,” London said.