As firefighters prepared to extinguish the fire, they discovered several liquid propane tanks stacked along the exterior of the building. Firefighters applied water to the building and the fire was quickly brought under control, Wilson said.

The flames consumed the roof and a majority of the wall boards leaving a heavily charred building frame. Firefighters pulled the remaining wall coverings off of the building and doused the smoldering materials within the interior. While overhauling the building, firefighters discovered an extension cord that led from the home to the storage building. Firefighters also saw what appeared to be a propane heating device within the interior of the storage shed, Wilson said.

The adult male was evaluated and released at the scene. The building was approximately 30 feet from the home and did not cause damage to the residence. The storage building was a complete loss. Damages are estimated at $500. The cause of the fire is undetermined at this time.

Agencies that assisted at the scene include the Columbus Police Department, Columbus Regional Health Ambulance Service  and Duke Energy.

While the official cause of this fire is currently undetermined, the Columbus Fire Department strongly encourages the safe use of any heating device and advises against the use of a propane or gas heating devices inside of a building or home. In addition to fire danger, gas heating devices can produce deadly carbon monoxide gas which is odorless and colorless. Extension cord usage, especially when used with a portable space heater device, can also create a fire hazard. Space heating devices require space. Combustibles should be kept at least three feet away from any heating device to prevent an accidental fire. 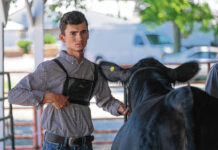