When it comes to estate planning, a concern that many people have is how to avoid taxation at death.  Most of us want to transfer as many of our assets as possible to our loved ones, churches, or charities after our deaths while paying as little tax as possible.  The good news is that most Hoosiers’ estates are not subject to taxation when they die.

While the current Federal Estate Tax exemption is set to reduce after 2025 unless Congress chooses to make it permanent, the reduced exemption in 2026 would still allow individuals to pass approximately $6 million in assets free of Federal Estate Tax, $12 million for married couples.

Income tax on individual retirement accounts (IRAs) is often the most impactful tax on a beneficiary.  IRAs and other qualified plans trigger income taxation when distributions are taken whether by the owner of the account during lifetime or by beneficiaries after death.  Naming a church or charity as beneficiary on retirement accounts can be a great way to avoid income taxation and do a little good in the world.

You should talk with your estate planning attorney and/or financial advisor about planning techniques that may help to avoid or reduce taxation. 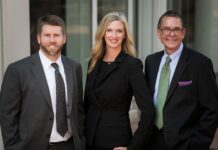 Voelz, Reed & Mount LLC – Will My Heirs Owe Inheritance Or Other Taxes When I Die?

Ask A Pro: What documents do I need if I become incapacitated?

Q: DO I NEED TO AVOID PROBATE? A: MAYBE NOT