If you’ve often felt that the lyrical lilt of Shakespeare puts a song in your heart, then Mill Race Theatre Company’s planned summer show is just for you.

The nonprofit organization that has been entertaining and educating audiences for more than half a century will present a newer production never before done here: “Twelfth Night: The Musical,” a show that gives the Bard a beat ranging from ragtime to rhythm and blues, from show tunes to soul.

The show was conceived by Kwame Kwei-Armah and Shaina Taub in 2016.

Shakespeare wrote “Twelfth Night” as festive, Christmastime entertainment in 1601-02. So call this incarnation Christmas in July, because performance dates are the weekend of July 8, possibly slated outdoors in Columbus. The last Mill Race troupe show to be scheduled outdoors was “The Merry Wives of Windsor” originally slated for Mill Race Park in 2011. But it had to be moved indoors because of a heat wave in mid-July.

Mill Race presentations are especially significant since they sometimes have drawn 2,000-plus people in the past.

Mill Race veteran and Columbus North High School drama coach John Johnson will direct. Interestingly, the presentation will be something of a family affair, with wife Juli Johnson as one of two producers (with Allie Kunkler as the other) and daughter Lily Johnson as stage manager.

This marks the first time all three have worked together.

“Twelfth Night” is marked by a shipwreck in which Viola loses contact with her twin brother Sebastian. Viola disguises herself as a young male page and enters the service of Duke Orsino, who is in love Lady Olivia.

Johnson, who has been passionate for years about bringing Shakespeare to residents who may have struggled with the Elizabethan English and more, calls this gender-fluid show “sleek, contemporary, and fast” — so much so that the original two-and-a-half-hour script is condensed, with music, to 90 minutes. He originally listened to the soundtrack while on a run months ago.

Auditions for the 24-member cast, not including the chorus, will be at 6:30 p.m. May 24-25 at Columbus North High School’s Judson Erne Auditorium, 1400 25th St. The director is asking those auditioning to be prepared to perform a song in a similar vein as this show’s music.

“We are really looking for and hoping a very diverse cast,” said Juli Johnson. “We hope that some of the actors might even be playing instruments.” 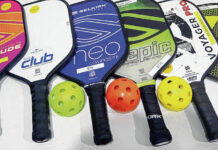 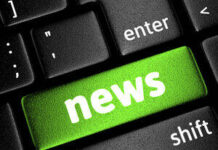