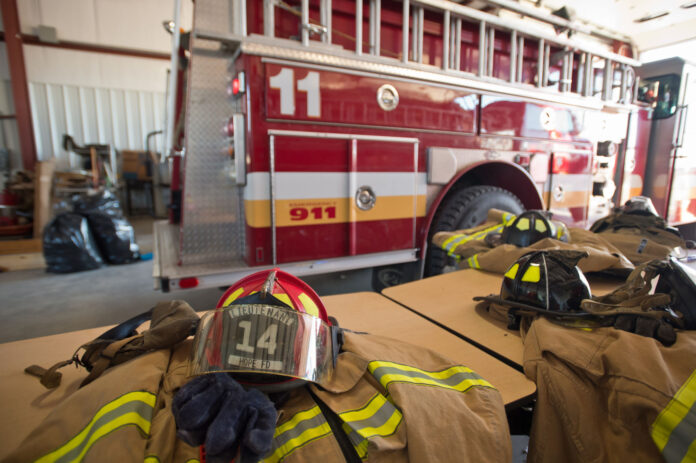 HOPE – Arson is suspected in the second fire inside the old Hope gymnasium in fewer than three weeks.

Firefighters were initially dispatched at 5:13 p.m. Tuesday to the 84-year-old abandoned gym, located at 543 Washington St.. on the west side of the Community Center of Hope’s parking lot.

Based on where the fire began, as well as eyewitness testimony, Hope Fire Chief Chad Emmitt says evidence “has me leaning toward arson.” However, it has not been officially declared that Tuesday’s fire was deliberately set, and the matter remains under investigation, the fire chief said.

On April 27, firefighters from Hope, Columbus, Flatrock, Clifford and Hartsville were called to the same building a few blocks north of the Hope Town Square. They spent several hours trying to bring the flames under control in the old gym, which has been closed for 12 to 13 years without being used.

The near collapse of the roof, as well as substantial water damage, made it nearly impossible for investigators to make a final determination regarding the cause of the first fire, Emmitt said.

“I don’t think we have been able to come with a true determination,” the fire chief said. “At least not yet. We’re still waiting to examine other elements.”