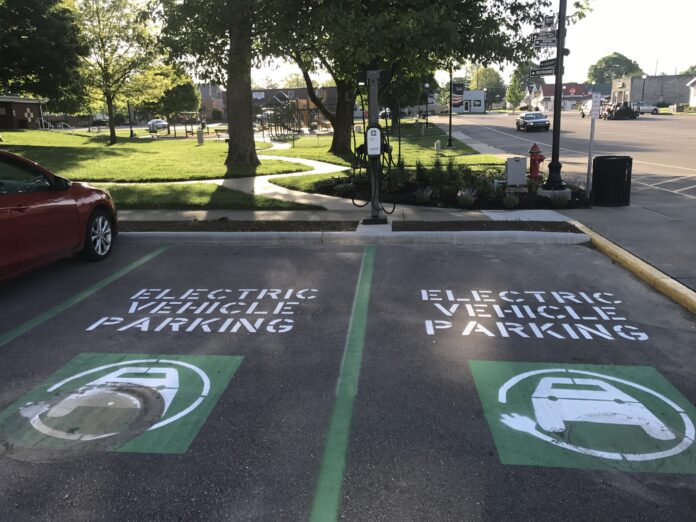 HOPE – Hope has become one of the first small communities in Indiana to provide electric vehicle (EV) charging stations.

“The EV stations are up and running now,” town manager Jason Eckart said.

The effort to obtain the two charging ports began a year ago after Hope town council members learned of a federal mandate that will require 80% of new vehicles sold in the U.S. to be electric 10 years from now, Eckart said.

Another incentive was provided by council member Clyde Compton, who quoted an article claiming that any community that doesn’t get EV chargers immediately is going to lose out on economic development.

During that meeting, Owens presented a quote from Clipper Creek for a dual pedestal extension kit in the amount of $4,476, plus $180 shipping cost. The package includes a ChargeGuard EX, which will allow a charging option in the future if decided upon.

For the complete story, see an upcoming edition of The Republic.