Ever since the girls tennis draw came out early last week, No. 3 Columbus North and No. 2 Jasper have been on a collision course to meet in Saturday’s Jasper Semistate.

Both teams made that matchup possible after winning their respective sectional and regional tournaments. Now, they’ll battle at 11 a.m. Saturday for a berth in the state tournament.

“We’ve known all along since the draw came out that was what the situation was going to be,” North coach Kendal Hammel said. “They beat us once already. Can they do it again?”

The Wildcats beat the Bull Dogs 3-2 on April 29 in the opening match of the Avon Invitational. North senior Ashlie Wilson and sophomore Kathryn Wilson won at No. 1 and No. 2 singles, and Jasper took the other three positions.

“For Kathryn and I, we just have to go out and play and be aggressive and play our game,” Ashlie Wilson said. “Our 3 singles match was really close the last time we played them, and I definitely think that we can beat them there. Then, our doubles, with how we played (in Wednesday’s regional final), we were being super aggressive and had a lot of energy, I think if we play like that on Saturday, we have a good chance.” 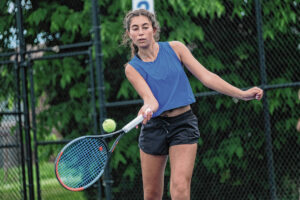 The Bull Dogs (16-3) also played the Wildcats at two positions in the Park Tudor Invitational on April 23 and lost at No. 3 singles (with freshman Aya Saad) and No. 2 doubles. But since that match and since the Avon Invitational, Hammel has mixed up his doubles lineup, putting senior Tiffany Fu and freshman Annabelle Sun at No. 1 doubles and seniors Sydney Cooper Leah George at No. 2 doubles.

“Both 1 and 2 doubles played some nice tennis (Wednesday),” Hammel said. “I was really pleased and proud to see how they played leading into the Jasper match. We focused in on trying to improve our doubles play.”

“We know how they’re going to play, and at 3 singles, it was very close last time,” Hammel said. “If we’re ready to step up and play and believe that we can do it, I think we can. But if we take care of business on our end at the 1 and 2 spots like we should, and then if we can just raise the level in the other three spots, which is what we’ve been working on, that’s what we’re focusing on.”

The winner of the North-Jasper match will play the winner between Warsaw and South Bend St. Joseph’s in the state quarterfinals at noon June 3 at Carmel. The state semifinals and final are at 10 a.m. and 2 p.m. June 4 at Center Grove.

But the focus for now is squarely on Jasper.

“I’m excited about it,” Kathryn Wilson said. “I think it will be a good match, and I think we have a chance, a pretty good chance actually.” 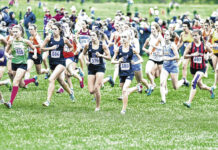 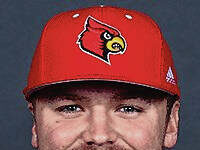 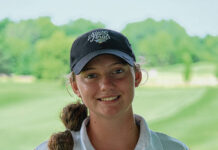